This summer’s catastrophic floods will have a long-term effect on food production, people’s health and their livelihoods in Pakistan. Even before this extreme-weather event, about 40 % of Pakistan’s 222 million people had suffered food insecurity. 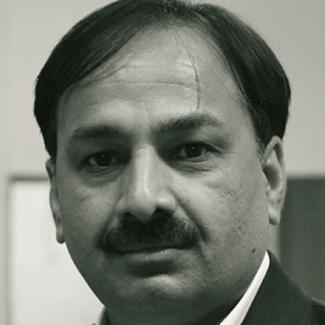 last contributed to D+C/E+Z in summer of 2022. He is a journalist based in Islamabad. 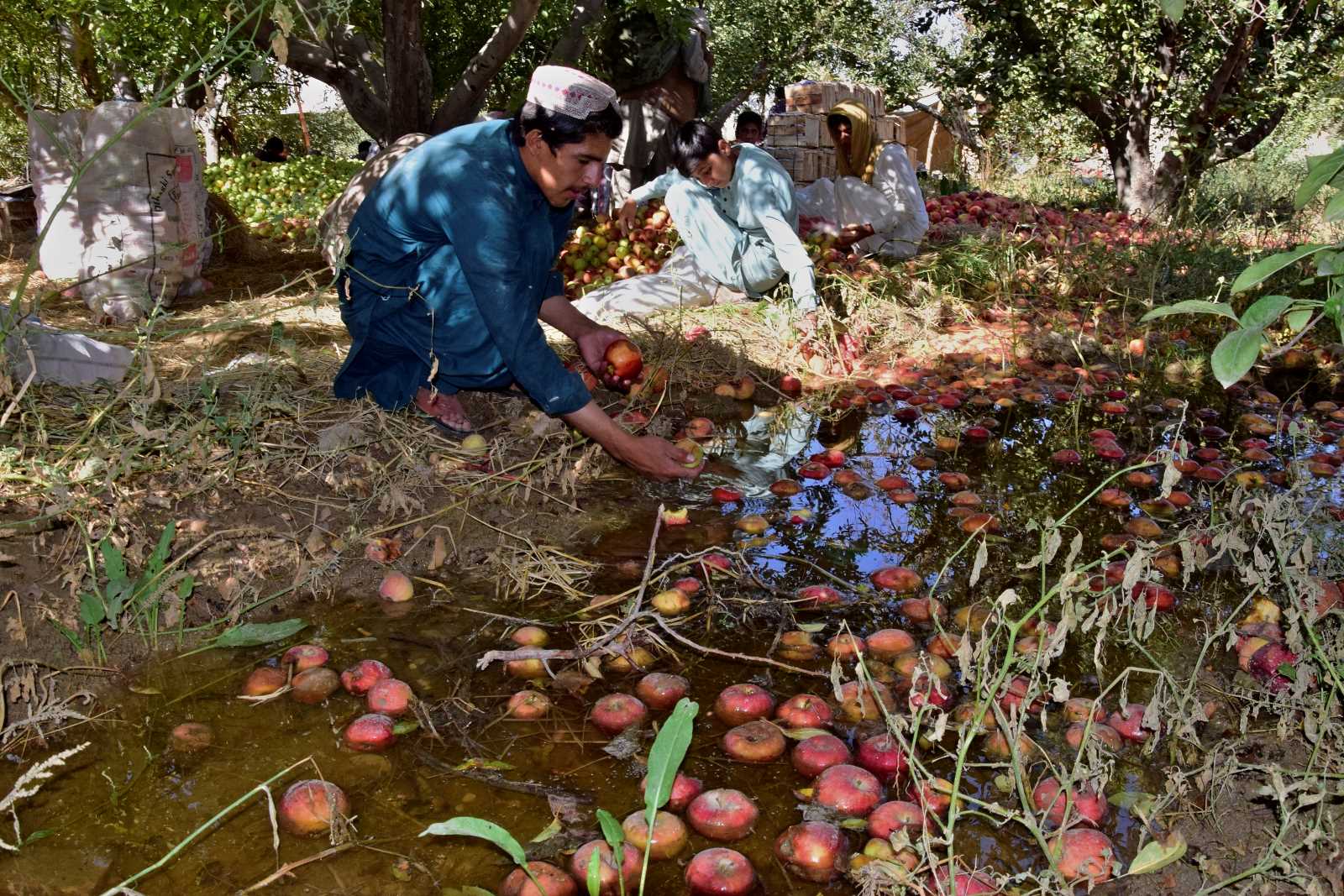 Collecting damaged apples in an orchard near Quetta, Pakistan.

This summer’s devastating floods have caused massive damage in Pakistan. By mid-October, the losses amounted to more than $ 30 billion, and at least 1700 people had died. According to the national government’s assessment, 2.3 million houses and more than 13,000 kilometres of road were washed away or damaged. At least 7.9 million people have been displaced, according to the UN.

Agriculture was painfully hit. The water destroyed standing crops throughout the country, so the supply of food items has decreased. This applies to vegetables, fruit and cereals. Soaring food prices mean that many people can no longer afford to buy what they need.

The disaster affected about 2.6 million hectares of cultivated land, according to a report published by the UN Food and Agriculture Organization (FAO). That was a bit more than one third of the country’s agricultural land. Cotton production suffered too. This is an important export commodity, on which masses of livelihoods depend (see my previous article on www.dandc.eu).

Parts of the territory were still inundated in early October. Farmers in those areas were not able to sow wheat and other crops for the next season.

The floods have also destroyed irrigation infrastructure, machinery, seed stocks and fertiliser stores in many places. Because of the shortfalls, farms will become less productive. The FAO states that production forecasts for rice, maize, sorghum and millets need downward revisions.

It was not the first extreme weather calamity this year. Abid Qaiyum Suleri of the Sustainable Development Policy Institute (SDPI), an independent Islamabad-based think tank, says that heat waves earlier in the year had already caused a 30 % decline in the expected wheat yield.

In his eyes, the floods broke the back of the economy however. Food security in particular has deteriorated. As Suleri points out, it depends on three things:

The climate crisis, he argues, is affecting all three. As poorer harvests reduce supply, rising food prices overwhelm ever more people’s spending ability. Moreover, clean drinking water is not available in many flood affected areas, causing people to disturb their digestive systems and thus affecting their ability to absorb food. Suleri reckons it will take five months to restore access to clean drinking water in the populous southern province of Sindh.

Waterborne diseases have spread fast. The World Health Organization (WHO) estimated in October that around 8 million people needed essential health assistance. Stagnant water and inadequate sanitation provided breeding opportunities for mosquitos. From July to October, according to Richard Brennan of the WHO, over 540,000 malaria cases were reported. Diarrhoea is another serious health threat. There have been outbreaks of dengue fever, measles and diphtheria. Brennan also expresses concern about the high rates of acute malnutrition. Especially women and girls are ex posed to disaster impacts (see Sundus Saleemi on www.dandc.eu).

For 2021, the US Department of Agriculture estimated that not quite 40 % of the people suffered food insecurity. According to government data, some 55 million Pakistanis lived below the poverty line at the start of this year. The World Bank reckons that the flood disaster may ultimately push the number up by another 9 million.

Poor governance is a long standing issue in Pakistan. Too little was done to prepare the country for the climate crisis (see my contribution on www.dandc.eu). Pakistan did little to cause global heating, but its impacts are now compounding each and every pre-existing problem (see Sundus Saleemi on www.dandc.eu).

A host of huge challenges

The multiple crisis is indeed daunting. Pakistan’s multi-party government is weak, and the populist leader Imran Khan, whom it deposed democratically earlier this year, was recently wounded in an attack when he was campaigning against it. The political situation is tense. The debt scenario is difficult and the climate crisis, which Pakistan did little to cause, is compounding the problems.

Macro-economic stability is fragile. Inflation is in double digits. International trends such as the strong dollar, high oil prices and rising food prices are important drivers. Government debt is an issue too. The International Monetary Fund (IMF) resumed a loan programme in August, but that money will eventually have to be paid back too.

In October, the United Nations raised its aid appeal for Pakistan from $ 160 million to $ 816 million, as fear of growing hunger rises. The country clearly needs support.