India, China and Brazil all have plans to divert river water to drought-prone regions. The projects are controversial however. Not only are they extremely expensive, they could also have unpredictable environmental consequences, and they could give rise to human-rights infringements.

last contributed to D+C/E+Z in winter 2013/2014 as freelance journalist who specialises in international water issues and environmental affairs. 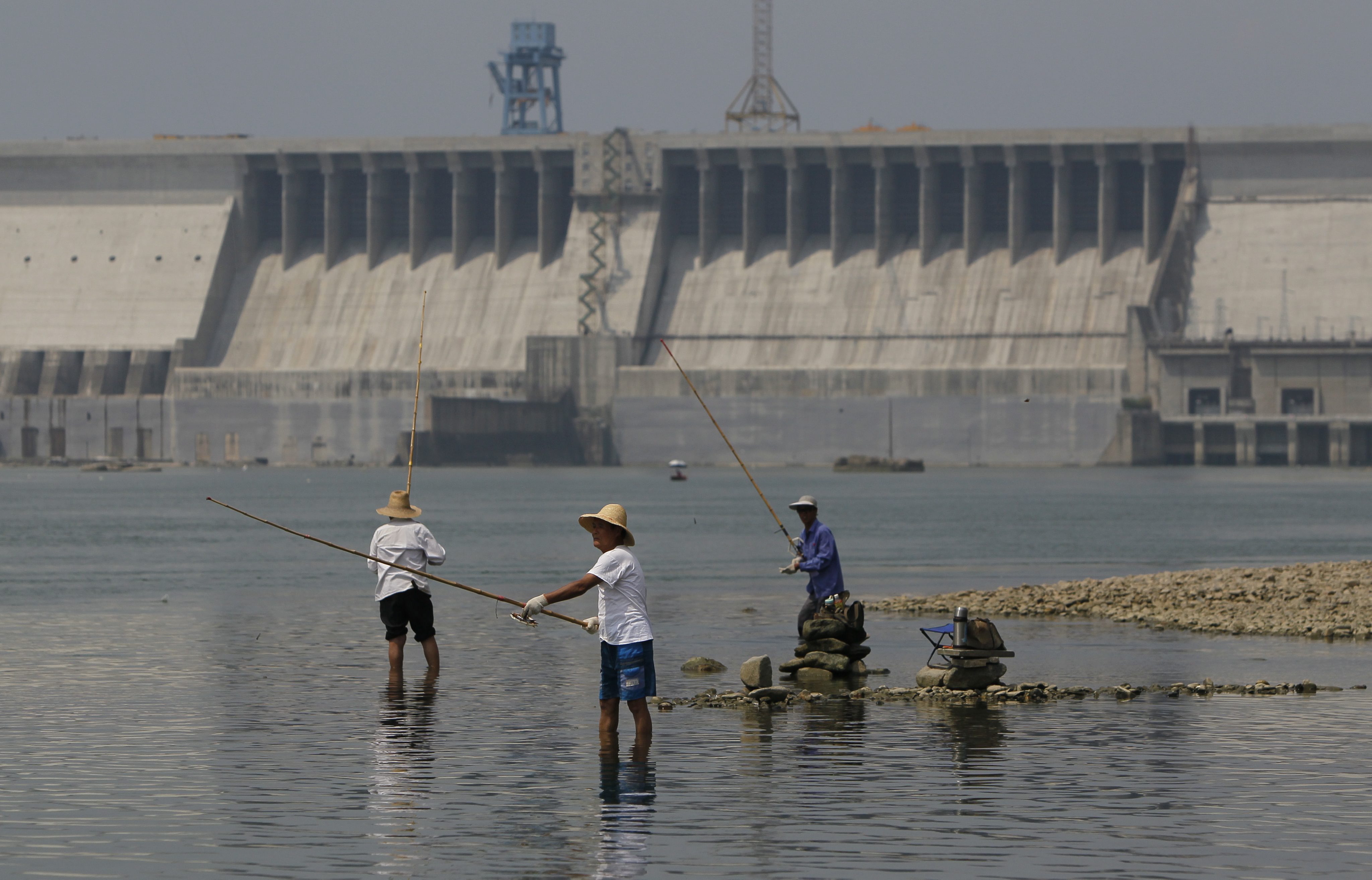 India, China and Brazil are all working on water transfer projects. They have the capital and credit they need to fund the new infrastructure, and they have sufficient territory to implement large-scale schemes almost entirely within their borders. Nonetheless, problems loom so large that many of the projects have sparked heated public debate. Since the early 1970s, India has been discussing the creation of a network of canals to connect more than 30 major rivers. The idea is to allow surplus water from heavy rainfall to be used elsewhere to alle­viate drought. But extreme weather events rarely occur simultaneously, so large reservoirs are needed to store the water until it is required.

Supporters of the "river-linking" plans argue that the reservoirs and dams could also be used to generate urgently needed electric power. Critics point out, however, that reservoir construction would necessitate the resettlement of hundreds of thousands of people. As experience has shown that they will be worse off as a result, there is strong local opposition to new dams, around 80 of which are planned by the Central Government. Among the conse­quences of water transfer projects, moreover, are considerable environmental risks. If the volume of water that reaches the lower course of a river is severely depleted, flora and fauna change. Global warming adds to the uncertainty: if the sea-level rises while less water flows down into the estuaries, more salty seawater will invade fertile areas. Critics stress that "rivers are not pipelines". The volume of water they carry cannot be varied at will.

River-linking plans are political dynamite. The states in India that have plenty of water are not going to agree happily to pumping the precious liquid to other parts of the country. After all, they might need the water to stave off drought at home at some point, and certainly cannot expect other regions to return large volumes of water to them any time soon. In June 2003, the government of Kerala issued a precautionary announcement that it would not agree to the transfer of water to neighbouring states.

India’s plans are also fraught with foreign-policy challenges. Some of the envisaged reservoirs extend into neighbouring countries Nepal and Bhutan. Whether those nations will agree to giving up valleys is doubtful. Bangladesh has already declared its opposition to getting less
water in the future.

Despite the predictable negative impacts of the river-linking plans, the India’s Central Government set up a National Water Development Authority in 1982. Its job is to draft detailed plans for a nationwide water transfer scheme. In 2012, the Central Government announced the launch of a large-scale project that will create a 9,000-kilometre network of canals connecting more than 30 rivers. The cost can only be roughly estimated at present. Critics believe it will be considerably more than India’s gross national product in one year.

China has massive water-supply problems too. The idea of directing water from the wet south of the country to the drier, drought-prone north goes back decades. In 2002, work commenced on three systems of canals and conduits – each of them hundreds of kilometres long. The scheme is designed to pump water from the Yangtze basin to the Yellow River and Beijing in order to supply northern cities, agriculture and industry with 45 billion cubic metres of water a year. This is the biggest water-transfer project in human history and will cost around $ 80 billion.

The eastern route has been completed. It starts on the lower Yangtze and uses long sections of the previously existing Grand Canal to Beijing. Using the Canal obviously lowered the project costs, but it also presents problems. Due to cargo shipping and effluent discharge, the Canal’s water is polluted (see box on next page). Unless it is treated first, it cannot be used as drinking water. Work continues apace on the middle and western routes. No doubt, China will bring the project to a technical conclusion.

As in India, however, mass resettlements will be required to make way for water reservoirs and canals. The Chinese government estimates that around 400,000 people will be affected. These people have reason to fear that at least some of the promised compensations will by siphoned off through the murky channels of the government bureaucracy.

Chinese environmentalists doubt the wisdom of the huge investment. They want water-shortage problems to be solved in other ways. They see the need to protect water quality and to make more effective and efficient use of water resources. Furthermore, lengthy periods of drought in southwest China in recent years suggest that climate change might be reducing water resources. Environmental experts criticise China for increasingly relying on megaprojects instead of tackling problems immediately where they arise.

The Sertão in northeastern Brazil is a drought-prone region the size of Germany and France put together. Deforestation and sugarcane monocultures have made droughts even worse. The Brazilian government wants to channel water to the dry northeast by creating a 700-kilometre system of canals, tunnels and aqueducts to tap the 3,000-kilometre-long São Francisco River, which is the longest river running entirely within Brazilian territory.

Launched in 2009, the project was initiated by former President Lula da Silva. It does not enjoy unanimous support. Criticism is expressed particularly along the lower course of the São Francisco River, where people fear that water diversion will mean that less and less water is available downstream. The government’s response is that only 1.4 % of the river’s water will be diverted. Opponents point out, however, that the river is shrinking anyway. Since the middle of the 20th century, its volume of water has decreased by a third.

Ultimately, the conflict is about how Brazil can solve its water and poverty problems. The government argues that the megaproject will improve water supply for 12 million people in the northwest, a particularly poor region. Opponents, however, argue that the water will mostly end up on sprawling fields of large-scale farms that grow sugarcane for bio-fuel production, so ultimately, even more small farmers would be displaced by large agribusinesses.

Those who are against the water transfer scheme reckon that the investment money would be better used to fund many small-scale water schemes in Brazil’s northwest. They argue that rainwater harvesting und smart small-scale irrigation are the right approaches for supporting smallholder farmers.

Tellingly, the World Bank has refused to co-finance the project in Brazil. The Bank is not convinced by the rationale for the project and particularly doubts its usefulness in reducing poverty.

The experiences made in India, China and Brazil show that large-scale water diversion projects not only require huge investments, but also engender lots of conflicts. Environmentalists in all three countries insist that there is considerable scope for making more efficient use of water at the local level. Moreover, they want scarce resources to be distributed in a way that poor sections of the population can benefit from.

Frank Kürschner-Pelkmann is a freelance journalist and consultant who has specialised in international water topics and environmental issues.
frank.kuerschner-pelkmann@t-online.de