When young girls have babies, their lives change for ever. There also are impacts on their families, societies and their countries' economies. 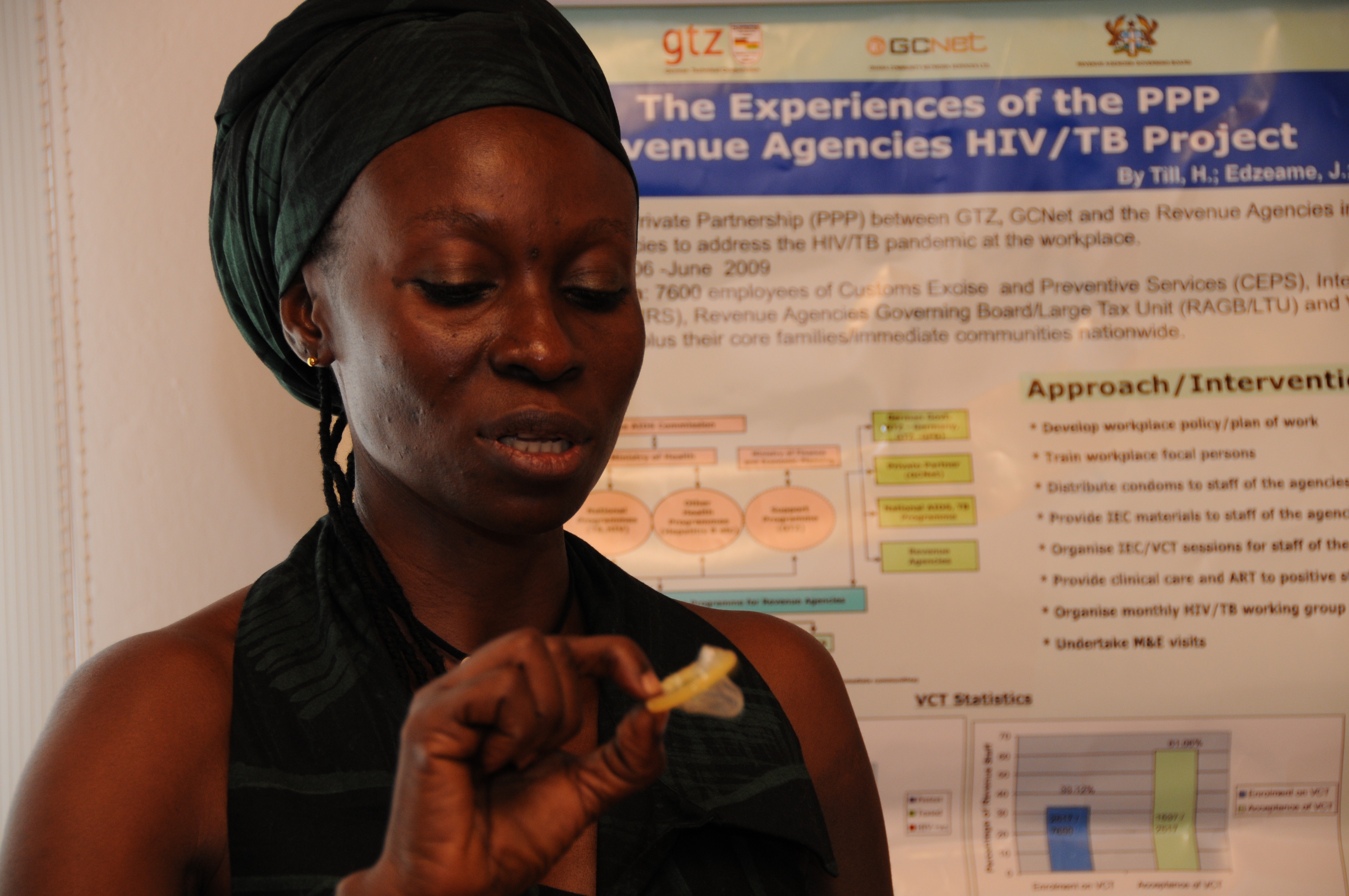 Sandra Gätke/picture-alliance/dpa Programmes to stem the spread of HIV/AIDS can also be used for the prevention of teenage pregnancies: project in Accra, Ghana.

Every year, some 7.3 million girls below the age of 18 have babies. In many developing countries, the number of teenage pregnancies has been declining since the late 1990s, but it is increasing in some sub-Saharan countries. A recent report by the United Nations Population Fund (UNFPA) compiles global statistics and indicates the need for action.

Complications during pregnancy and birth are among the main reasons why young girls and women die in developing countries, according to UNFPA. Girls under 15 are physically unfit for pregnancies, they warn. Miscarriages are more likely, and infant mortality rates are higher than is the case for adult women. According to the document, young girls are particularly in danger of suffering harm due to abortions performed by unskilled people. Relevant risks, moreover, include HIV infections and other sexually transmitted diseases.

When teenagers become mothers, they normally lose access to education. Many schools do not teach them. All too often, moreover, girls do not get the support they would need from their family to continue education and take care of their kid. According to the UNFPA report, however, many young mothers stop going to school before they become pregnant because they are married.

Many issues contribute to teenagers becoming pregnant. Education – and particularly sex education – are key to prevention. Girls from disadvantaged rural communities are more likely to become pregnant than their peers from educated and prosperous urban settings.

State institutions have a bearing on the lives of young women. Legislation matters. Child marriage can be made illegal, and gender equality in schools can be enforced. The UNFPA authors state that many developing countries are not rising to their obligations in such matters.

Social traditions and norms often favour child marriage and early motherhood, according to UNFPA. A family's culture can force girls to assume the role of a mother and wife early on. Far too many girls never get to decide about their own lives. Their fathers are in control first, only to pass power on to their daughters' husbands. Teenage girls are often not told about sex, and a misogynous culture can further thwart their self-esteem.

UNFPA is critical of the fact that those who want to change things still tend to focus on the girls, as if teenage pregnancies were only their fault. Accordingly, measures are often designed to change girls' behaviour. The report authors insist that the underlying issues must be tackled. According to them, there is no need to design specific programmes for preventing teenage pregnancies as other programmes designed to stem the spread of HIV/AIDS or to boost girls' access to education serve that purpose too.

The UNFPA authors propose several policies to promote the rights of young girls. They are in favour of:

The UNFPA authors want programmes and agencies to interact in a coordinated manner to tackle the challenge of teenage pregnancies. Moreover, they want girls' health and education to feature prominently in the next set of multilateral development goals ("post-2015 agenda").