Experiences from Zimbabwe's regime of repression

False information, hate speech and bullying are not social-media-era innovations. They existed in the past, too, as the example of Zimbabwe shows. A symposium in Hamburg will examine the role the media plays in coming to terms with the past and how it can confront fake news.

contributed to D+C/E+Z in summer of 2022. He is the director of the Interlink Academy for Dialog and Journalism. 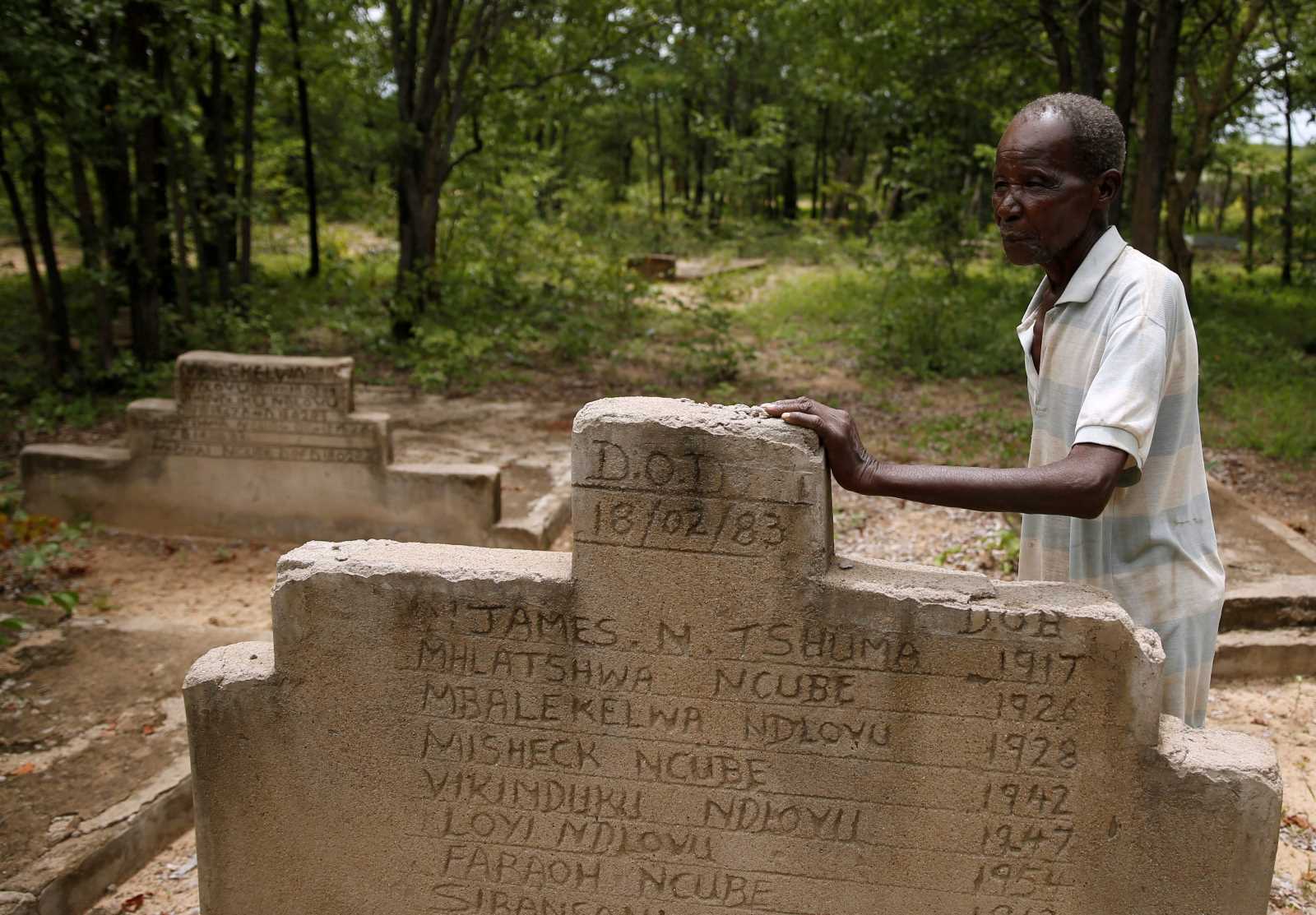 picture alliance /Reuters/ Philimon Bulawayo Memorial stone for the Ndebele regime opponents who were murdered in 1983 in Zimbabwe.

In the 1980s, the regime of autocratic President Robert Mugabe had over 20,000 members of the Ndebele people murdered. They belonged to the Zimbabwe African People's Union (ZAPU) and were therefore Mugabe's political opponents. The atrocities became known under the name Gukurahundi and are classified as a genocide. Even today, it is dangerous in Zimbabwe to report on this event and give a voice to witnesses and the families of the victims.

Activist Zenzele Ndebele from the media organisation Centre for Innovation and Technology (CITE) in Bulawayo says: “We have been trying for several years, through documentation and public discussions, to unearth and record the horrors of that time. The families of the victims have a right to know what happened.” Ndebele and his fellow activists at CITE give very little advance notice of the locations and times of their activities in order to avoid being harassed by the state. The Zimbabwean security forces keep a close watch on the organisation because the governing party has no interest in coming to terms with the past.

In researching the Gukurahundi, Ndebele discovered the extent to which the Mugabe regime distributed false information four decades ago in order to conceal the scope of the genocide and justify the actions his own supporters. “It's like on social media today: false information stokes hate, and hate leads to violence,” Ndebele explains. For that reason, CITE has begun a large project on media and information literacy. Since 2021, the organisation has been training volunteers to improve the media literacy of the people in their communities.

Ndebele and some of his team members will explain in detail what exactly that looks like and what contribution CITE is making to accounting for the Gukurahundi at this year's symposium of the Forum Media and Development (fome22) in Hamburg. And there will be other speakers from all over the globe who will share their experiences.

Editor-in-chief Soe Myint from Myanmar will report on how the media organisation Mizzima pre-emptively prepared for crises and therefore was able to respond quickly to the military coup in the Southeast Asian country last year.

A representative from Rappler, the critical Philippine news outlet of Nobel Peace Prize winner Maria Ressa (also see Emmalyn Liwag Kotte on www.dandc.eu), will report on how her editorial office is preparing itself for attacks by the state. Bosnian experts will describe what lessons their media has learned from dealing with the past. Other topics will include the communication strategies of truth commissions, as well as efforts to better prosecute offences against journalists. Participants will also discuss how media development organisations can better assess their activities in the context of violent conflicts and the situation of the media in Ukraine.

The title of the symposium, which will take place on 13 and 14 September in Hamburg, is "Media Development: Dealing with the Past – Preparing for the Future". Workshops, presentations and discussions will be devoted to the question: what role can the media play in dealing with past armed conflicts and preventing future armed conflicts, and what contribution can media development cooperation make?

Link
Programme, tickets and tips on the symposium:
www.fome.info
www.interlink.academy

Werner Eggert is the director of the Interlink Academy for Dialog and Journalism, which is organising this year's symposium.
werner.eggert@interlink.academy