The political causes of famine

A new book explores what makes people vulnerable to drought, and what makes them resilient. It shows that good governance can prevent famine. Robust drought-management plans must be based on the thorough anticipation of risks. And they must be designed well before a drought sets in. 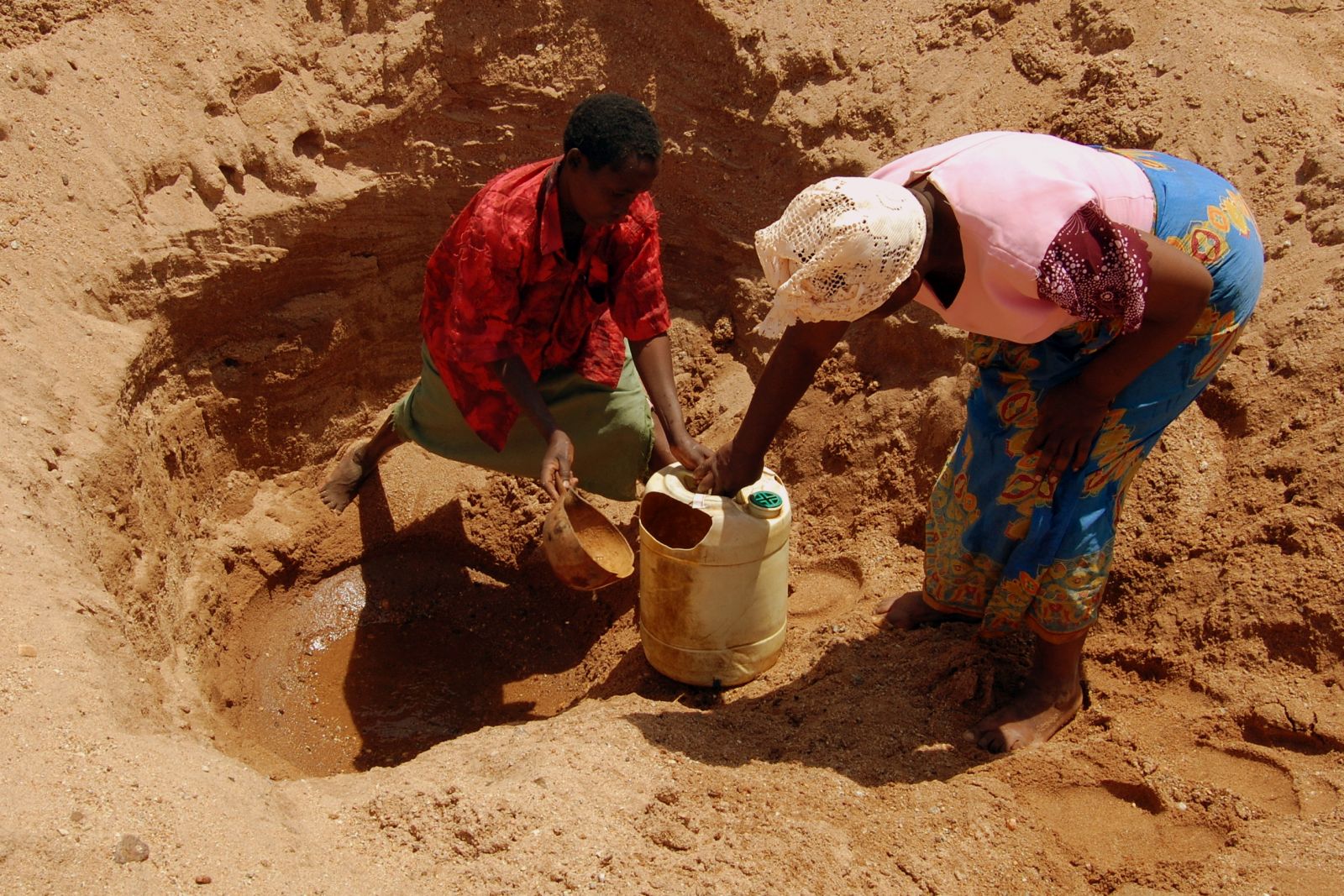 Global warming is increasingly blamed for causing drought-induced famines. In fact, a trend of recent decades is that dry periods occur ever more often and have serious impacts on agriculture in the regions affected.

Not all problems can be attributed to the climate crisis, however. Michael Brüntrup of the German Development Institute / Deutsches Institut für Entwicklungspolitik (DIE) says: “The drought challenge is older than climate change.” The underlying causes of famine must be better understood. He finds it disturbing that famines are recurring with an increasing frequency even though the world market and international food-supply chains mean that people are now generally less dependent on local yields than they were in the past.

A new book that Brüntrup co-edited explores the challenges of drought-induced famines. The book includes case studies from developing countries, spells out what makes people particularly vulnerable to droughts and identifies options for action. One message is that, in many countries, the political dimensions of drought and ensuing needs are not properly acknowledged even though comprehensive and coherent drought management can prevent famine.

It was launched at an event hosted by DIE and the Secretariat of the United Nations Convention to Combat Desertification (UNCCD) in Bonn in January. Daniel Tsegai of UNCCD, another co-editor, insists that risks and vulnerabilities must be systematically assessed long before a drought happens. He wants impacts to be anticipated and institutions to be prepared for the worst. Most countries claim they have a drought-management scheme, but often, these are only emergency plans, Tsegai warns. Failure is sometimes caused by a lack of funding, but structural issues are normally more crucial, with the importance of drought planning not being recognised.

The book includes chapters that explore the potential of satellite-supported early warning systems. This approach is especially relevant in conflict zones, where environmental ground data cannot be collected systematically, Tsegai points out. All too often, however, the wealth of information from satellite data remains useless, because it is not used to draft adequate strategies for preventing famines.

Mechanisms for building resilience are urgently needed, says Brüntrup. He suggests innovative drought-insurance regimes. Moreover, more stable and diversified incomes would reduce the dependency on local agricultural yields. This is especially important for women, who are most vulnerable in times of drought. Well-designed drought response must therefore be gender sensitive. The editors also want drought management to be improved continuously. Otherwise, droughts will continue to undermine livelihoods, erode people’s trusts in institutions and reduce our collective chances to achieve sustainable development.

Drought management and adaptation is all about good governance, agrees Maryke van Staden of the global network ICLEI – Local Governments for Sustainability. All government officers must understand their roles and assume responsibility accordingly, she says. Local governments, for instance, should assess vulnerabilities and alert with higher-level government agencies. She emphasises the need to think holistically.

The film “The end of famine” documents the different dimensions of drought management in East Africa. Directed by Patrick Augenstein, it emphasises the political dimensions of drought-induced suffering. The movie was also shown in Bonn. It demonstrates that farmers are well advised to diversify the crops they cultivate, for example, and assesses the response routines of the World Food Programme. Augenstein’s film points out that no famine has ever happened in a country with a fully functioning democracy – which proves that overpopulation is not a root cause of famine.