Resolving conflicts over land and water

The Middle East and North Africa, or MENA, is arguably the world’s most turbulent region. With the civil war raging in Syria and instability in Iraq, Libya and other North African countries, prospects for peace appear grim. Establishing peace parks could be a first step towards improving matters. Such an initiative was proposed for the Golan Heights as early as 2002.

contributed to D+C/E+Z in spring 20174 as an international relations lecturer and PhD candidate at the University of Aberdeen.

contributed to D+C/E+Z in spring 2017 as an international relations researcher and an MA graduate from the University of Leicester. 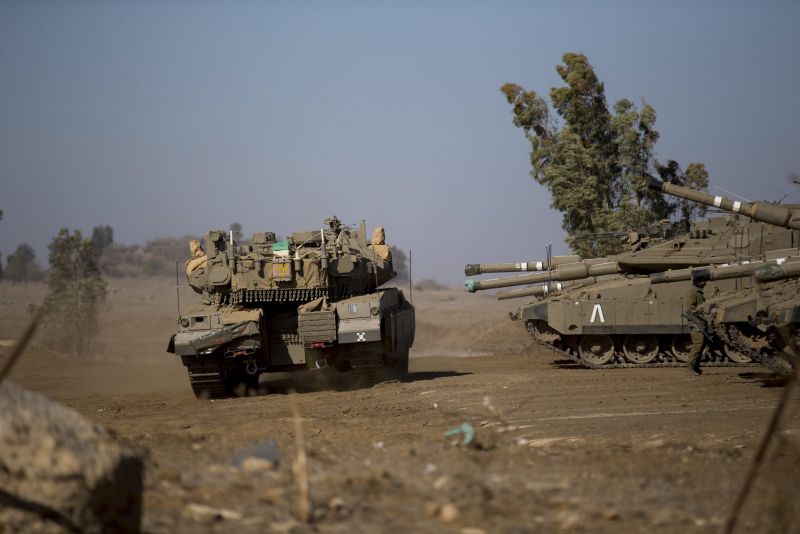 Safadi/picture-alliance/dpa Israeli tanks during a training exercise on the Golan Heights near the Syrian border.

Peace parks are transboundary initiatives to protect nature. The precise definition is still being debated, but it is generally accepted that the approach serves peace, cooperation and natural resource management.

One goal is to contribute to resolving conflicts between countries concerning access to territory and water. Sustainable, long-term solutions are obviously needed. More­over, peace parks offer opportunities for other joint ventures, including business projects.

The Waterton-Glacier International Peace Park is the world’s first peace park. It was established in 1932 and is located in the Canadian province of Alberta and the US state of Montana.

In the MENA region, a peace park was first proposed for the Golan Heights in 2002. Since Israel was created in 1948, its relationship with Syria has been characterised by hostility. The proposed peace park could serve as an incentive for peaceful cooperation. The idea was to create it on the Sea of Galilee and give Syria formal sovereignty over the Golan Heights and the north-eastern coastline. Israel would thus get water and regulated access to land, while Syria would get land and regulated access to water.

Muna Dajani (2011) identified some problems however. Israeli opposition to Syrian presence in the Golan Heights and sharing of water resources must be expected to continue. As long as Israeli water policies emphasise the dogma of water security, a peace park will not be viable. In 2008, two thirds of Israelis opposed plans to return the Golan to Syria, and that attitude will hardly change in view of Syria’s brutal civil war.

For the time being, Syria plainly does not have a government that might promote peace. In the long term, however, the peace park in the Golan Heights may become viable. In the meantime, it would make sense to consider how peace parks might contribute to national reconciliation in post-conflict situations. The point, after all, is to engage parties to a conflict in the joint pursuit of the common good – and that is much needed all over the Arab region.

Lisdey Espinoza Pedraza is an international relations lecturer and PhD candidate at the University of Aberdeen.
r01le14@abdn.ac.uk

Markus Heinrich is an international relations researcher and an MA graduate from the University of Leicester.
markusnhenry@yahoo.co.uk

Dajani, M., 2011: Dry peace: Syria-Israel and the water of the Golan. International Centre for the Study of Radicalisation and Political Violence, London.
Martin, A., Rutagarama, E., Cascao, A., Gray, M., and Chhotray, V., 2011: Understanding the co-existence of conflict and cooperation: Transboundary ecosystem management in the Virunga Massif. Journal of Peace Research, 48(5).