People’s incomes have to rise for food security to improve and poverty to go down in rural Africa. Susanne Neubert of the Berlin-based Centre for Rural Development (Seminar für ländliche Entwicklung – SLE) argued in an interview with Hans Dembowski that farms’ productivity must get a boost and that better transport opportunities are among the requirements that matter most in this context. 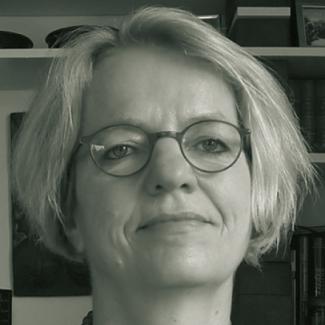 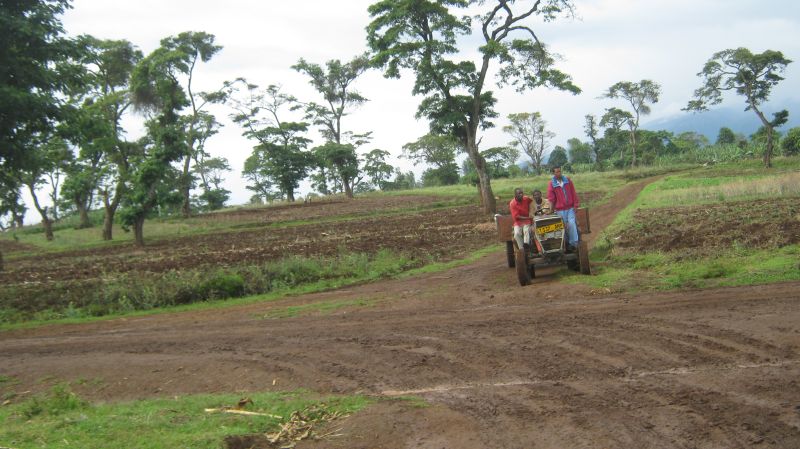 dem Tractor on the slopes of Mount Kilimanjaro: rural roads must improve.

What kind of infrastructure is needed to kick-start agriculture development in Africa?
It has been said often, and it is true: rural roads are essential. The highways mostly tend to be okay these days, but they neither reach the villages nor the fields. In the lack of feeder roads and bridges, many people remain cut off from their country’s social and economic life. This is especially so in the rainy season. People cannot market their goods, and they cannot provide machines or inputs for their farms. To do so, they’d need roads and access to vehicles. If they cannot get to markets, they cannot mechanise farm work. And if they do mechanise, they’ll need spare parts sooner or later. Transport opportunities are needed to boost productivity. So long as people basically rely on hoes, the scope for more intensive farming is limited. Hoes mean very hard work on rather small plots. African farmers don’t need complex, digitised machines of the kind that European farmers use, but comparatively simple and robust machines as are manufactured in Asia and can be used by cooperatives would be helpful.

Isn’t oxen ploughing an option?
Yes, it is in theory, and many attempts were made to introduce it. However, the oxenisation of African agriculture failed in many places, not least because veterinarian services became overstretched when governments cut their budgets in the course of structural adjustment. Properly trained oxen are quite expensive, and if such an animal dies, the viability of the entire farm is in peril. For oxen to be used systematically throughout a region, reliable veterinarian services are indispensable. Oxen health is endangered in many ways in sub-Saharan countries.

What about water and power supply? Aren’t these things policymaker should take care of?
Well, everything needs to be taken care of in rural areas. But it is a huge challenge to develop all kinds of infrastructure at once. So far, that has not proved possible, and it would certainly cost a lot of money. Setting up a power grid is very expensive, plus it only makes sense if you charge fees from users. But how are people going to earn the money to pay their electricity bills unless they have sufficient farm revenues? That’s why the core issue is to boost farm revenues. It is not an option to let all rural people depend on welfare. As for large-scale water infrastructure, most irrigation projects have failed too. Small-scale irrigation in horticulture – the cultivation of fruits and vegetables – is often successful. But where that is the case, you’ll again need transport facilities to get the produce to the market. We know only too well that much food rots along the wayside.

It seems that rural development is still basically agriculture development.
Yes, that is the way it is. Agriculture is rural areas’ economic backbone. In that regard, nothing has changed over the decades. Since food prices began to rise in 2008, investments in agriculture have begun to make economic sense once more. Urban food demand is considerable – and it is growing. Accordingly, attention has been focussing on agriculture development again. There was a lot of talk about integrated rural development in the 1970s and later. The idea was to take a holistic approach, not only to expand agriculture, but to build health services and education facilities, processing industries, all manner of infrastructure and so on at once. Unfortunately, it did not work out.

What was the reason?
It is very difficult to set systemic or horizontal change in all sectors in motion at the same time. It is much easier to define a single goal and achieve it. Consider HIV/AIDS for example. It is much easier to reduce infection rates and improve the supply of anti-retroviral drugs than to establish a comprehensive health-care system. You define target groups, and you only need to take a certain number of measures. Otherwise, you’d have to figure out who will pay for what, and who may get what kind of service free of charge. In other words, you start building institutions. The trouble is that poor rural people cannot pay. They simply do not have enough money. For a comprehensive health-care system to operate properly, you’d have to ensure that other things work out as well, including the generation of agricultural incomes, production, marketing and so on. Governments normally do not manage to get all these things done at once, and budget constraints make matters especially tough in developing countries.

So policymakers should focus on boosting farm productivity?
Well, doing so certainly makes sense for a number of reasons. The result is not only more food, but more income as well. Both is needed, and urgently so. Higher rural incomes will help to drive development in other sectors – education, health care et cetera. On the other hand, migration to the urban areas will accelerate unless rural incomes rise, but African agglomerations are overburdened anyway. They plainly do not offer the employment opportunities needed. According to surveys, a very high percentage of Africans would like to live in Europe, and this is more than understandable – since many of them live at the threshold of survival. To alleviate pressures, we need to boost farm productivity in environmentally sustainable and socially inclusive ways.

Who can promote that cause?
Germany’s Federal Ministry for Economic Cooperation and Development (BMZ) is taking a sensible approach. Its special initiative One World Without Hunger is the right approach. Its focus is on innovation centres, with an emphasis on education and extension services in the crucial sector of agriculture. Thomas Piketty, the prominent French economist, has shown that education has always been the main trigger of meaningful progress. The BMZ is investing a lot of money in this matter every year. Germany’s international-development agencies cannot enforce anything in a foreign country, but they can support worthy efforts. It is essential to boost and further develop knowledge at the local level. Unfortunately, agricultural colleges in Africa are often theory-driven, not solution-oriented. All too often, they show little concern for African farming, but basically reiterate text-book knowledge from Europe and North America. Farmers require competent advice that fits their needs, however, and they deserve to get information on how to boost productivity in sustainable and affordable ways.

Could Africa benefit from Asia’s experience?
That is easier said than done. It is true that Asian countries have made much greater progress in terms of agriculture development than African ones. One reason was that their staple food is rice. High yielding varieties of this crop were bred, and for instance Southeast Asia had the labour force and water resources to use them. Cultivated the right way, paddy rice does not necessarily require mineral fertilisers or pesticides. The yields are fine without such input. Moreover, paddy rice is self-compatible, so farmers could keep cultivating rice without having to buy seed. There were some downsides too, of course, but all summed up, international agriculture-breeding programmes proved quite useful. In Africa, rice is becoming more important now, but this continent does not have water resources and a labour force per hectare to equal Southeast Asia. Moreover, researchers neglected Africa’s traditional crops like millet, sorghum and cassava in their breeding programmes. Maize has now become the staple crop in many areas, but it cannot be cultivated as easily and sustainably as paddy rice. Asian countries, moreover, have another advantage which is often underestimated: they are densely populated. Overpopulation is often considered a huge problem, even though population density actually facilitates business activity, allowing for marketing effectiveness and scaling up. That is no different in densely populated African regions, consider parts of Kenya for example. Low population density, however, implies long distances, so it becomes harder to bring about development.

It would certainly help if farmers were better organised in order for them to market goods together or share machine pools. Cooperatives and capacity building could make the difference. Should governments or civil-society agencies promote this cause?
In rural Africa, it normally does not make sense to try to distinguish the state from civil society. The reason is that government agencies tend to be weak. Leaders’ authority mostly arises from tradition and religion at the grassroots level. I agree that it is necessary to organise smallholder farms more effectively so they can join forces in production and marketing and achieve the kind of economies of scale that normally only benefit big players. But once more, this is easier said than done. Due to failed attempts in the past, all new attempts to build unions and cooperatives meet with considerable distrust today. Organising farmers is a core issue, but a most challenging one too. You have to build on what is already there and avoid risks of corruption at the same time. The approach must be intelligent and participatory. Progress on this front is essential for rural development.

Would support for individual farmers be feasible?
Well, e-vouchers are a promising approach. Governments can grant such vouchers via mobile phones, and they allow farmers to procure the input they need, including fertilisers for example. One problem, however, is that these things are not available everywhere. Private companies will have to expand their outreach, and small-scale traders can make a difference at the local level. They are sure to do that once the purchasing power is adequate and the necessary infrastructure is in place. Once again, rural feeder roads matter. The conventional systems of farm subsidies, however, are dysfunctional. Typically, governments procure huge volumes of fertiliser and ship it to rural areas, but many farmers do not get it in time or perhaps never at all. All too often, it is the wrong kind of fertiliser. The typical African government invests too small a share of its budget in agriculture, and what it does spend is squandered on subsidies that do not really help. Some middlemen and all kinds of dubious agencies make profits, but the smallholder farms are not advancing.

Perhaps the subsidies should simply be slashed?
No, that would not be okay either. Smallholders and subsistence farmers really need support, and e-vouchers make sense. They can be used in a targeted manner, especially as mobile phone networks are operational almost everywhere. Subsidies can take many forms moreover. Zambia, for example, has introduced e-vouchers for storing cereal so smallholders can wait for seasonal prices to rise before they sell their harvest. They earn more money this way. One thing is obvious, however: none of this works out where transportation options are lacking. Roads and access to vehicles are indeed crucial.