Why racist attitudes lead to neglection of common good

Authors who deal with racism typically write about the suffering of the targeted community. Heather McGhee, by contrast, considers wider impacts in her book “The sum of us”. She argues convincingly that the USA’s white majority pays a high price for the nation’s systemic racism. 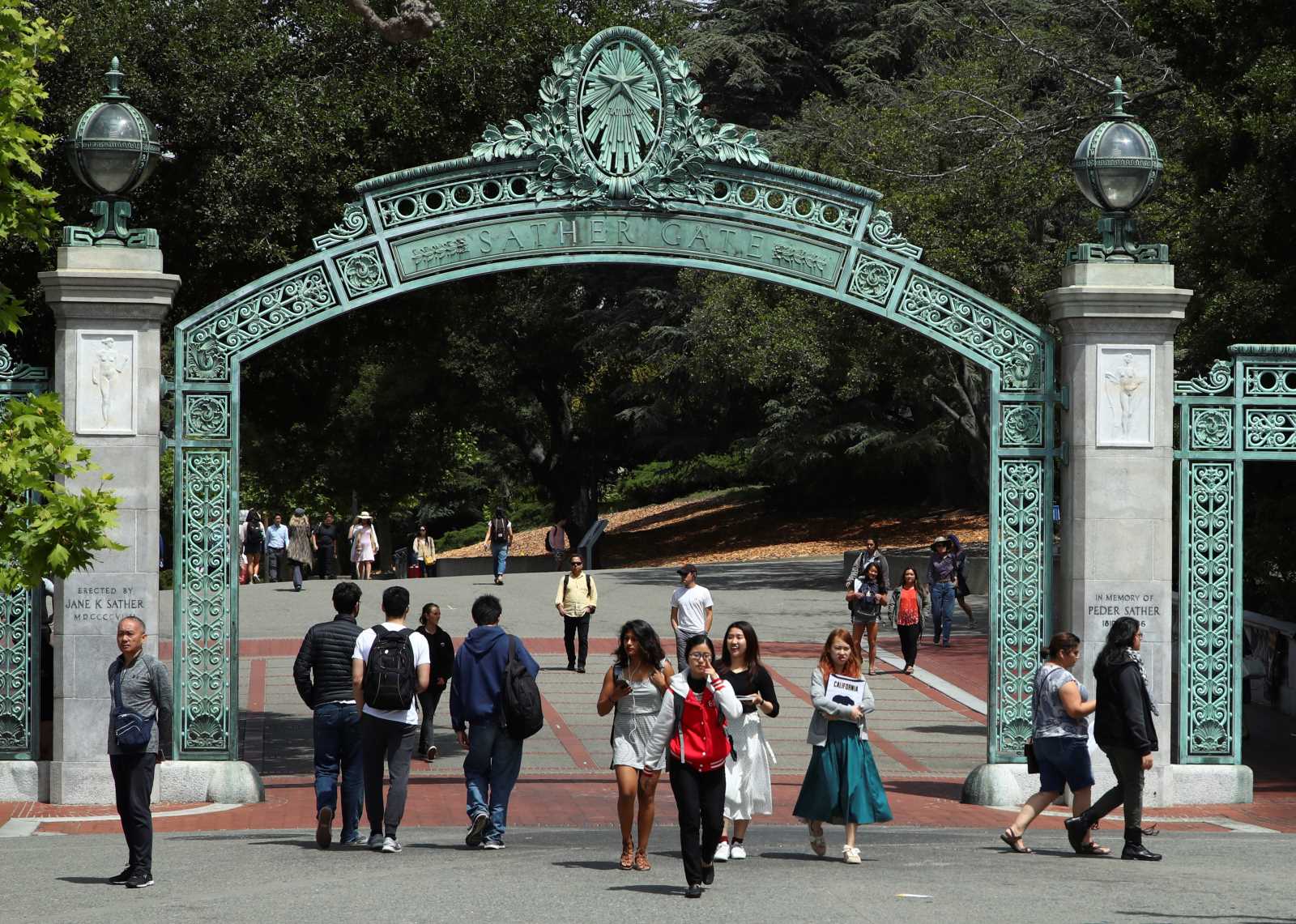 Ben Margot/picture-alliance/ASSOCIATED PRESS Diversity has increased, and so have tuition fees: University of California, Berkeley.

The subtitle is programmatic: “What racism costs everyone and how we can prosper together”. The core argument is that a society that marginalises large population groups fails to develop a healthy understanding of the common good. As a result, public in­frastructures and social services stay inadequate. Those, who are wealthy enough to buy everything they need, are not affected much, but for the vast majority life is harder because essential things like health care, formal education or transport become very expensive. In the USA, not only Black people are denied things that would make their lives easier and better. The white majority’s opportunities are restricted too.

Public swimming pools are an example. Up to the 1960s, McGhee reports, American cities used to compete with one another, building bigger and better facilities. Local communities were proud of their pools, but access was restricted to the white majority. Things changed when the civil-rights movement demanded desegregation, and lawcourts ruled in their favour. McGhee tells the story of how local governments began closing the public pools. That seem preferable to sharing them with people of darker skin colour. In Montgomery, Alabama, McGhee writes, all public parks were shut down, including the zoo, with all animals being sold or killed. Where previously only the Black population had been excluded, nobody had access anymore.

McGhee is a former president of the New York City based think tank Demos, which specialises in social policies and inequality. She grew up in a Black neighbourhood of Chicago. The research for this book included long interviews with people across the nation. The guiding question was: “Why can’t we have nice things?” The point is that public infrastructures and services tend to be much better in other advanced nations than in the USA. It became increasingly clear to McGhee that systemic racism is the underlying reason  (also see my blog post of 13 June 2021)

After the civil-rights movement, conservative policymakers became very successful in making the white majority believe that social-­protection systems basically serve a lazy and undeserving minority, so government spending should be minimised. The author does an excellent job of showing how the results of such thinking permeate American society. Unemployment benefits are comparatively skimpy in the USA, so losing a job means hardship for most people. Masses of people still lack a health insurance, and very many of them are white. Obamacare has made a difference, but the share of those without access to health care when they need is still bigger than it typically is in advanced nations (also see my blog post of 23 June 2021).

Government-run schools are an­other example. They are funded with locally-raised taxes, so prosperous white neighbourhoods have comparatively good schools. Per child and year, McGhee writes, they spend considerably more than predominantly non-white schools in poorer districts. Prosperous school districts tend to have very restrictive borders and hardly admit anyone from outside. Poorer districts, by contrast, cater to larger areas. Middle-class people who cannot afford to live in the nicest neighbourhoods are thus excluded from the best public schools. As a result, many families – including people of colour – opt for more expensive private schools.

Housing and real-estate markets are marked by systemic racism too. Again and again, aspiring Black families bought expensive homes in good middle-class neighbourhoods, with the unintended side-effect of real-estate prices beginning to stagnate or even fall in those areas. Their white neighbours’ personal wealth was thus diminished, and the negative feedback loop meant that Black people’s opportunities for accumulating wealth stayed quite limited. Homeownership normally serves a dual purpose: families live there and their home becomes more valuable. For Black families, that typically did not work out. What happened instead was that white neighbours began to leave, and more Black people moved in. For white families buying a home typically was a much better financial investment than for families of colour. Nonetheless, conservatives read white families’ greater prosperity as the result not of better opportunities, but of better choices in life.

McGhee uses examples like this to prove that racism is about much more than a personal dislike of people with a different skin colour. In the real-estate sector, impersonal market dynamics of supply and demand determine prices. How individuals feel about interacting with people who are not exactly like themselves is of minor relevance. Indeed, white parents who worried about the value of their home and the quality of their children’s education saw strong incentives to leave even if they opposed racism themselves.

The author points out that racism ultimately only serves the most prosperous elite. Middle-class people may not like to pay taxes, but they depend on public services that are provided with tax money. Policies that emphasise low taxes and minimise public spending hurt the poorest most, but they also deprive others of the ladders they would need for upward mobility. To the extent that racism helps to divide the middle classes, middle-class interests become neglected in political life.

According to McGhee, the US government did an excellent job of building a large middle class from the 1930s to the 1960s, as long as Black people stayed excluded. When social movements made segregation un­acceptable in the 1960s, government policies began to shift towards deregulation and reduced public spending. One result was that higher education became very expensive. The system of state universities had originally been created to expand opportunities for “the people”, excluding people of colour. As the system became more racially diverse, however, public spending was cut and tuition fees increased. Young people of all skin colours are now denied opportunity accordingly, and their demands for “free college” are becoming more popular.

The history of racist voter suppression in the USA is long of course. Current efforts once again target Black communities, as McGhee points out, but they affect less advantaged white people as well. If, for example, a driver’s license is required as a voter ID, poor people who cannot afford one, are excluded.

If a society, moreover, pays little attention to the public good, it will do less to prevent environmental pollution. In many cases, after all, prosperous people will not feel personally affected by local pollution, and less fortunate people who do suffer the consequences lack a say in public life. In McGhee’s eyes, even the climate denial of Republicans in recent decades can be traced back to divisive politics. Policymakers who are uninterested in the public good, after all, are unlikely to show any concern for the global commons.