This year marks the end of the UN Millennium Development Goals (MDGs). According to the UN, MDG 1 – the “eradication of extreme poverty and hunger” – has led to positive changes in many countries. Its recently published annual State of Food Insecurity report gives an overview.

last contributed to D+C/E+Z in autumn 2018 as a freelancer. 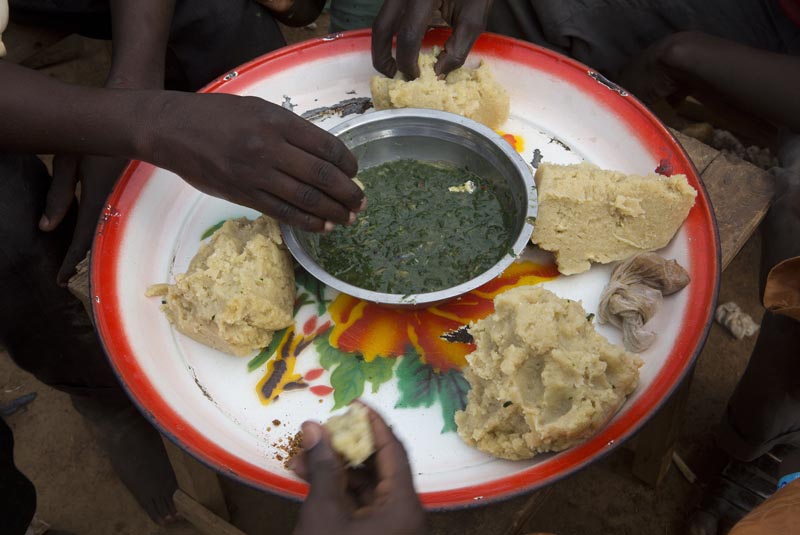 The report examines the progress made regarding the third target for MDG 1. It was to “halve, between 1990 and 2015, the proportion of people who suffer from hunger”. One indicator for hunger was the prevalence of undernourishment in a country’s population. According to the report, 72 of 129 developing countries halved hunger defined that way. However, the UN admits that the absolute number of undernourished people decreased only from 1010 million in 1990 to 795 million today because the world population has grown.

The global picture is thus still worrisome. It is noteworthy that some countries have improved food security in particular. Rapid economic progress in China and India contributed significantly to the progress made, the authors state. Latin America also made considerable progress. Today, up to 70 % of the undernourished people worldwide live in Asia, especially south Asia.

Another MDG target was to reduce the share of the needy to below five percent of a country’s population. Taken as world regions, central, eastern and south-eastern Asia managed to do so. Most north African countries are just short by a small margin of bringing their share of undernourished people down to five percent.

In sub-Saharan Africa, however, 23 % of the people are undernourished, according to the UN statistics. South Asia has the greatest absolute number of undernourished people of all world regions: 281 million. However, it has a huge population, so the share of the undernourished is 15.7 %.

The authors point out that food security largely depends on a country’s overall economic and political situation. Countries that made significant progress in fighting hunger had stable political systems and growing economies. Moreover, policies that promote and protect access to food and the extension of agriculture mattered, the authors state. Their statistics show, for example, that food supply is only improving slowly in south Asia, and that the region’s countries rank low on the Human Development Index.

The authors stress that food availability and accessibility is crucial for food security. Natural disasters, rapid population growth and political crises compound problems. The authors identified key factors, that boost or harm food security. Economic growth is necessary for development but “not sufficient” state the experts. Inclusive growth that offers opportunities to the poor enhances the progress. Most of the people in need, both in sub-Saharan and Asia, live in rural areas where people’s options are limited. In any case, growth of the agriculture sector is vital to fight hunger. Local-level food processing and marketing make a difference too, creating jobs for the poor and triggering economic growth in rural areas.

However, the experts also stress that it is important to support the poor directly. People suffer hunger not because there is not enough food worldwide, but because they cannot afford to buy what they need. Social-protection policies can improve matters. Around the world, people with secure incomes, the report argues, have access to healthy food, health care and education. “A strong political commitment is necessary” to eliminate hunger, the authors state.