Many low-income countries struggle with the problem of teenage pregnancies. In Latin America and the Caribbean, 18 % of all women giving birth are younger than 19. That is the second worst ratio behind only sub-Saharan Africa. The Mexican experience shows that education – and in particular sex education – makes a difference. 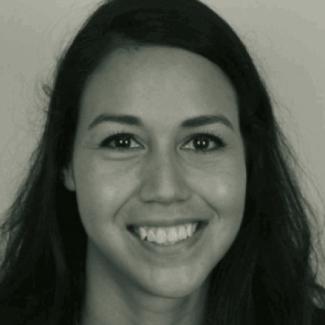 contributed to D+C/E+Z in summer of 2022. She is the Special Projects Coordinator at Comunalia, a network of community foundations in Mexico and Strategic Advisor at MY World Mexico.

picture-alliance/AP/Rebecca Blackwell „Motherhood is not a kids game“ – Mexican campaign poster in 2014.

When teenagers become mothers, the risk is high that they will stay poor or become poor. Typically, they drop out of school, so their job opportunities are diminished. At the same time, early pregnancies have negative impacts on the girls’ health and personal development.

Research shows that expecting mothers who are younger than 15 are four times more affected by maternal mortality. They are at greater risk of complications such as anaemia, hypertension and premature birth.

Among the member countries of the OECD (Organisation for Economic Co-operation and Development), an umbrella organisation of 38 mostly prosperous countries, Mexico has the highest share of teenagers who give birth. The absolute number has been declining since 2007, but women below the age of 20 still account for 15.1 % of births in Mexico. Things have been deteriorating again in the course of the Covid-19 pandemic, with the National Population Council estimating that the number of unwanted teenage pregnancies increased by 30 %.

Teenage pregnancies occur for various reasons. Child marriage matters. Many girls marry early because of poverty, gender-­specific inequality and harmful traditions. Violence and sexual abuse leads to pregnancies too. It also matters that there is only limited access to comprehensive sex education, full reproductive health services and information on contraceptives (including how to use them).

How common teenage pregnancy is in Mexico, varies from region to region. The rate is particularly high in the comparatively poor states like Guerrero and Chiapas. Chiapas, for example, has generations-old cultural traditions that are obstacles to family planning. The religious faith opposes contraceptives, and traditional gender norms give men the power to decide whether to use them or not.

It is the job of governments to identify and understand conventions of this kind in order to take countermeasures. In 2018, Mexico’s Federal Government ran a national survey concerning health and nutrition issues. The data not only showed that 23 % of the youth become sexually active between the ages of 12 and 19, but also that 15 % of the men and 33 % of the women did not use contraceptives when they first had intercourse. While a large share of the Mexican population is informed about contraceptives, the knowledge about how to use them varies between different population groups.

Governmental protection of sexual and reproductive rights is not fully developed in Mexico. Disadvantaged population groups are discriminated against. Access to contraceptives and sex education depends on various issues, including age, place of residence and socio-economic status. Things are especially difficult in poor, isolated and remote municipalities in the rural areas of Chiapas, Puebla, Tabasco or Michoacán. Making matters worse, access to any kind of health service is limited in those places.

The Federal Government is aware of the problems. In 2015, it launched a national strategy to prevent teenage pregnancies. The idea was – and is – to change people’s attitudes by promoting the sexual and reproductive rights of girls, boys and youth in general. The focus is on girls’ rights to self-determination. Girls are told that they have a right to say no and that violence is inappropriate within a relationship. The campaign addresses boys too. The goal is to promote a healthy idea of manliness with an eye to reducing violence in relationships as well as brutal sexual practices.

CONEVAL, the National Council for Evaluating Social Development Policy, conducted research during the Covid-19 pandemic in order to assess young people’s access to sexual and reproductive health services. The council belongs to the federal administration, but is a decentralised entity. The study revealed serious regional discrepancies regarding health facilities, everything from buildings to staffing and medical supplies.

Sex education is essential, not only for preventing unintended pregnancies among young people. It also contributes to fighting violence and sexual abuse. Without relevant knowledge, girls are not empowered to self-determination and self-care. It is vitally important to inform them about reproductive health, the menstruation cycle and the use of contraceptives. The better children and teenagers are informed, the more they are empowered to reject sexual abuse and/or report cases of such abuse. Moreover, information puts them in a better position to postpone sexual contact until they feel ready for it.

Improving sex education is a global issue. Countries around the world must rise to the challenge.
Latin America – and Mexico in particular – have made undeniable progress regarding the promotion of sexual and reproductive health and, in more general terms, gender equality.

According to Article 3 of Mexico’s Constitution, schools and curricula must be gender-sensitive and engage in education regarding sexuality and reproductive health. In 2021, the Supreme Court decriminalised abortion, declaring that the constitution forbids the outlawing of abortion. Nine states have since legalised abortion, and four (Mexico City, Oaxaca, Hidalgo and Veracruz) now permit voluntary abortion for any reason in the first 12 weeks of pregnancy. It has thus become even more relevant than before to include information about abortion rights in sex education. Young people deserve to know that, in some states, the law grants them full control over their own bodies.

The road to sexual and reproductive rights being universally guaranteed in Mexico nonetheless remains long. Cultural obstacles persist. Some ideological forces want to restrict such rights. For example, a parents initiative was launched in 2020, demanding that schools must not teach students lessons that do not conform with the ethical, religious or moral convictions of their parents or guardians without their prior consent and approval. Controversial topics include diversity, inclusion, gender perspectives as well as sex and reproductive education. Should this approach become official policy, it would restrict the rights of children and youth to a non-violent life and healthy sexuality.

The campaign was proposed in five states and initially approved in the education law of the State of Aguascalientes. A group of civil-society actors, as well as the National System for the Protection of Children and Adolescents, however, had demanded that the regulation must be withdrawn there and must not be approved by other states. So far, the Supreme Court has not accepted the parents’ initiative to restrict education, and a federal judge has even ordered its suspension.

Pamela Cruz is a project coordinator for Comunalia, the alliance of community foundations in Mexico, and a strategic adviser of MY World Mexico, a nationwide social business that promotes sustainable development and cooperation.
pamela.cruzm@gmail.com