According to WHO estimates, African countries have more than one fifth of the world’s road-accident fatalities, though they account for not quite one sixth of the world population. Global success regarding the respective SDG target thus hinges on the continent. 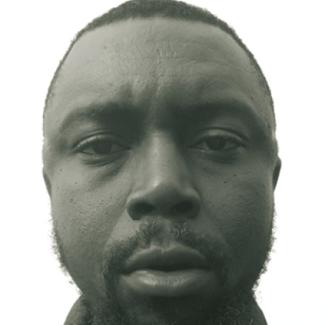 Discrepancies of this kind prove that the continent lacks accurate and complete data on road safety. The ARSO, which is run by the African Union, relies on governmental statistics, which are mostly provided by the police. By contrast, the WHO makes estimates based on information from hospitals and health centres. According to the ARSO, eight of 22 countries surveyed in 2019 could not provide fatality counts. On the other hand, three reported fatalities, but had no data on crashes and non-fatal injuries.

These problems are common in low and lower-middle income countries around the world. The UN General Assembly therefore declared the WHO to be the agency in charge of monitoring progress on road safety. The numbers matter, because better road safety is part of the Sustainable Development Goals (SDGs). Target 3.6 is to halve the number of deaths and injuries from road traffic accidents.

In view of huge disparities in mortality registration systems, the WHO and other international organisations use mathematical modelling to estimate deaths. Where national reporting systems are strong and closely monitor the reality on the ground, they produce more reliable numbers. In Africa, however, WHO estimates tend to be four times higher on average than officially registered numbers. Matters differ from country to country, and in some places the divergence between WHO estimates and government statistics is much greater.

Under-reporting is a big issue. Police records are the primary source of data for road accidents and injuries. However, the police do not report all accidents or injuries. In many cases, they may not even be informed of an accident. Moreover, police resources are limited and even in decline in many countries. All too often, law enforcement agencies prioritise other things over traffic accidents. One consequence may be that they only document accidents with fatalities, but not those with severe injuries. In rural areas with little police presence, moreover, reporting tends to be particularly poor.

Researchers have compared Ethiopia’s two main sources of road safety data. They found that police records captured up to 60 % of road deaths, but at most 24 % of injuries. By contrast, hospital records showed only one third of deaths, but more than half of the injuries. One cause of this distortion was that those who died on the accident site, typically, were not taken to a hospital at all.

The study also revealed patterns of underreporting. The traffic police were particularly bad at filing data regarding the deaths and injuries of young and female victims, cyclists, motorcyclists and pedestrians. The study concluded that neither of the two data systems independently provided accurate coverage of road traffic-related deaths and injuries.

According to the Global Status Report on Road Safety released in 2018 by the WHO, 1.35 million lives are lost to road traffic injuries around the world each year. As of 2018, more than half (53 percent) of traffic casualties were “vulnerable road users”, which include pedestrians, cyclists as well as people using two- or three-wheelers.

African countries tend to have rather few motor vehicles per capita. In South Africa, the most prosperous sub-Saharan country, the figure is about 170 per 1000 people, in Nigeria, a lower middle-income country, it is about 60. In low-income countries such as Tanzania, Gambia or Malawi the numbers drop to single digits. The comparative numbers are more than 800 in the USA, not quite 600 in Germany and 500 in the Netherlands.

Nonetheless, roads are particularly dangerous in Africa (for the example of Ghana, see Maxwell Suuk on www.dandc.eu). The WHO’s “Africa region”, which does not include Egypt, Tunisia and a few other  countries), accounts for more than one fifth of traffic deaths, but less than one sixth of the world population. Quite obviously, SDG success in regard to road safety will hinge on Africa.

The AU-led Africa Transport Policy Program (SSATP) stated in a report in 2021: “Most of the existing data-collection systems mainly focus on car occupants and produce figures that are substantially different (and in general lower) than figures derived from mathematical models using socio-economic variables specific to each country.” In 2014, the SSATP had acknowledged that Africa’s road safety performance had deteriorated and was becoming a major obstacle to Africa’s competitiveness. Development success, in other words, depends on improving road safety.

Why the risk is so great

Particularly bad news is that the risk of being killed in road traffic has been increasing annually. Fatality estimates increased from 24.1 per 100,000 people in 2010 to 26.6 per 100,000 in 2016, according to the WHO. An important reason is that motor traffic is increasing too. The death risk varies significantly across Africa, however, with little change registered within subregions since 2010. The global figure was 18.2 in 2016.

To a large extent, the causes of road crashes are the same in Africa as elsewhere around the world. They include speeding, driving under the influence of alcohol or drugs, the non-use of seat belts in cars and helmets on motorbikes or distracted driving, for instance.

These issues, however, are exacerbated by poor infrastructure. Roads tend to have too few lanes and often lack sidewalks. At night, the lack of street lights often proves deadly. Potholes are common. When a major accident happens, a jam often ensues. Ambulances are rare, and they all too often get stuck in the congestion. First responders can only dream of the helicopters that some of their colleagues in high-income countries have at their disposal. Health systems are weak in other terms as well, so patients often do not get up-to-date treatment, which might save lives or reduce the long-term impacts of injuries. In many cases, moreover, neither the drivers who cause an accident nor the people they hurt are insured.

Further compounding problems, drivers often use cars and trucks even though they are in bad shape, with deficient lights or brakes, for example. There also is a tendency to overload vehicles with too many passengers and too much freight.

Government action can improve things. Regulations must be well designed, competently monitored and stringently enforced. To some extent, African countries are rising to the challenge, but many still have long journeys ahead of them.

All of the 13 countries which the ARSO surveyed in both 2016 and 2019, reported that their governments had national legislation in place. It restricts the use of drugs while driving as well as regulating the use of mobile phones and helmets. They also had laws against drunk driving. Only one, however, had legislation requiring the use of seat belts (for the enforcement of the legal obligation to register motorcycles in Malawi, see Raphael Mweninguwe on www.dandc.eu).

Of further 22 countries surveyed in 2019, 16 confirmed they had put a government agency or department in charge of road safety, and seven stated that they had adopted national road-safety strategy. In only two cases, however, those strategies were fully funded.