This year, Cape Town is learning lessons the hard way. The city’s water crisis affects everyone – from urban planners to residents.

is a South African student activist who last shared his views in D+C/E+Z in the summer of 2018. 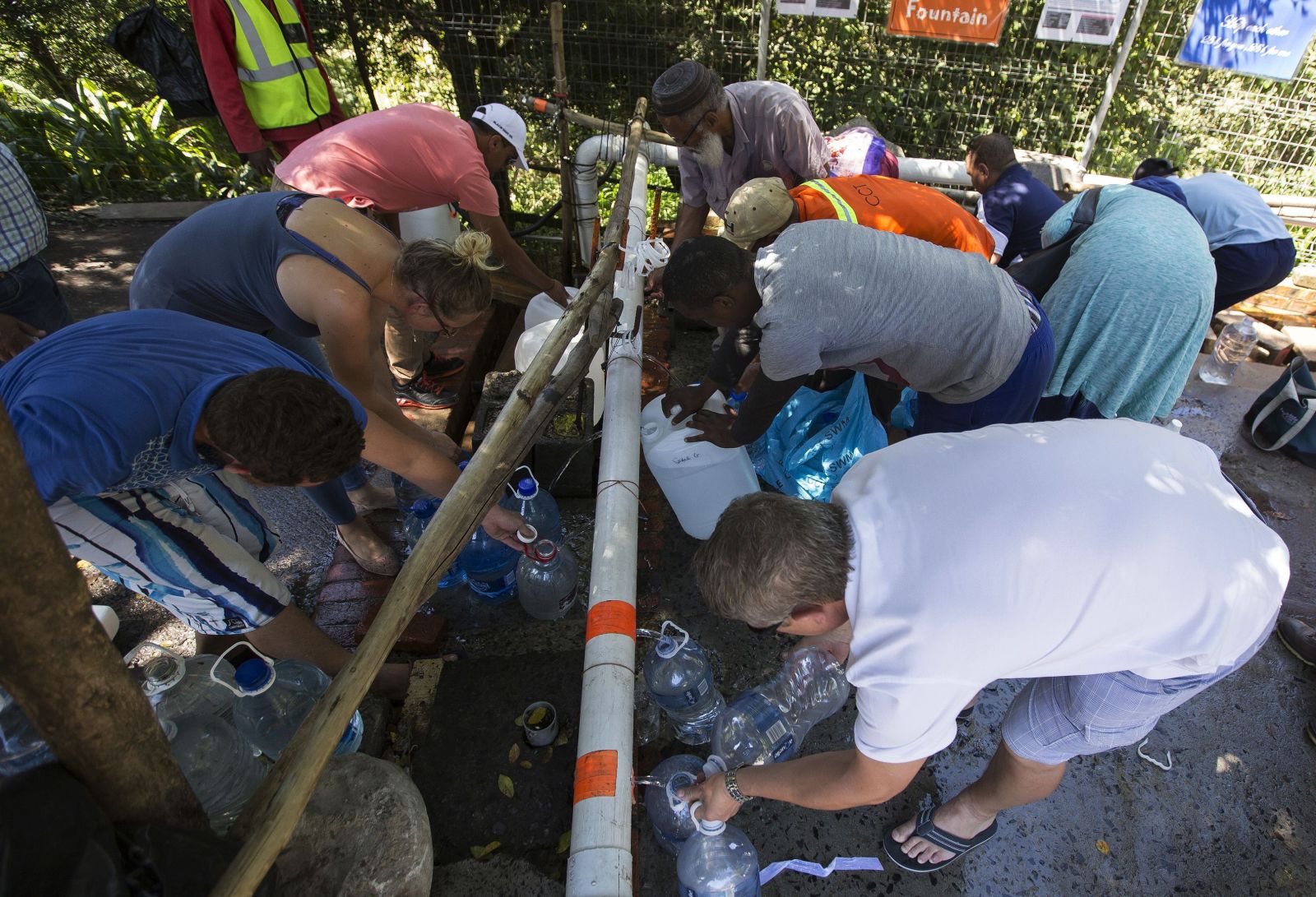 The reservoirs of six major dams normally supply Cape Town with water. Their storage levels were at record lows at the end of the 2017’s rain season. From then on, the big question was: will the taps run dry in an agglomeration of 4 million people?

At first, people made fun of the looming crisis. For example, I got phone calls from family and friends who mockingly enquired about the last time I had taken a shower. But as the water levels in the reservoirs kept going down, panic set in.

The national government’s Department of Water and Sanitation (DWS) advised the city to keep its water consumption under 500 million litres a day. The city responded with a target of 450 million litres per day. The figure means that people may only use 50 litres per day per person. The implication is that showers become a luxury. Households that use too much water are fined. However, the water utility lacks reliable data on water leakages, illegal connections and other losses.

The city announced a disaster plan. The plan has three phases:

Initially, experts expected 12 April to be that day. Government officials now reckon that day zero may occur next summer. Things have turned out a bit better than feared, so the crisis did not escalate beyond phase one.

First of all, Cape Towners consumed nearly 50 percent less water per person in the first months of this year than they did in the respective months of 2015. Nonetheless, the target of 450 million litres has been exceeded by about 15 %. Some rainfall helped to improve the dams’ storage levels.

The crisis is not over however. The bitter truth is that Cape Town is simply not prepared for the kind of drought that has hit South Africa. Climate patterns are changing. The South African Weather Service, a government agency, forecasts a consistent decline in rainfall for the country, along with longer and much warmer summers. Scientists say that the current crisis is linked to the El Niño phenomenon, a multi-year oscillation of ocean temperatures. It is obvious, however, that previous El Niño phases did not lead to this kind of crisis.

Quite evidently, South African authorities failed to plan for rapid urbanisation. From 1995 to 2015, the population of Cape Town grew by more than 50 %. Investment in water and sanitation infrastructure did not keep pace. Professor Horman Chitonge from the University of Cape Town says that many cities across the continent rely on old infrastructure, so demand tends to exceed capacities considerably.

Moreover, the coordination between the three levels of government (local, provincial and national) is poor. Confusion and conflict are common. Indeed, the city of Cape Town actually threatened to sue the DWS for failing to provide necessary support. On 8 February, the DWS therefore declared a national disaster in the three Cape provinces. As a consequence, additional national funding has become available.

The city of Cape Town is now considering future options. It is piloting a desalination plant. Moreover, the exploitation of ground water resources is being taken into account. The urban planners know that they must find alternatives to the current over-dependence on surface water.

The situation remains tense. Nonetheless, the people hope that national, provincial and local authorities have learned important lessons. The most important is probably that drought does not lead to water shortages. Water shortages result from inadequate infrastructure – which, in turn, is evidence of planning failures. Climate change has no mercy on authorities that are stuck in the past instead of rising to the challenges of the future.

Correction, 23 June: The URL of this webpage (and the identical index line of our content-management system posts on content pages) mistakenly stated that taps might stay dry in Cape Town in July. This statement was wrong. Earlier this year, local authorities feared that might happen, but, as Majaletje Mathume reports in his story, things have turned out better. We have corrected the line so it now reads: This year, the taps might have run dry in Cape Town.