From valuable to vulnerable

Long years of civil war in Sierra Leone have destroyed not only lives, but also the traditional social structure. In consequence, many old people have nobody of their family left to take care of them. 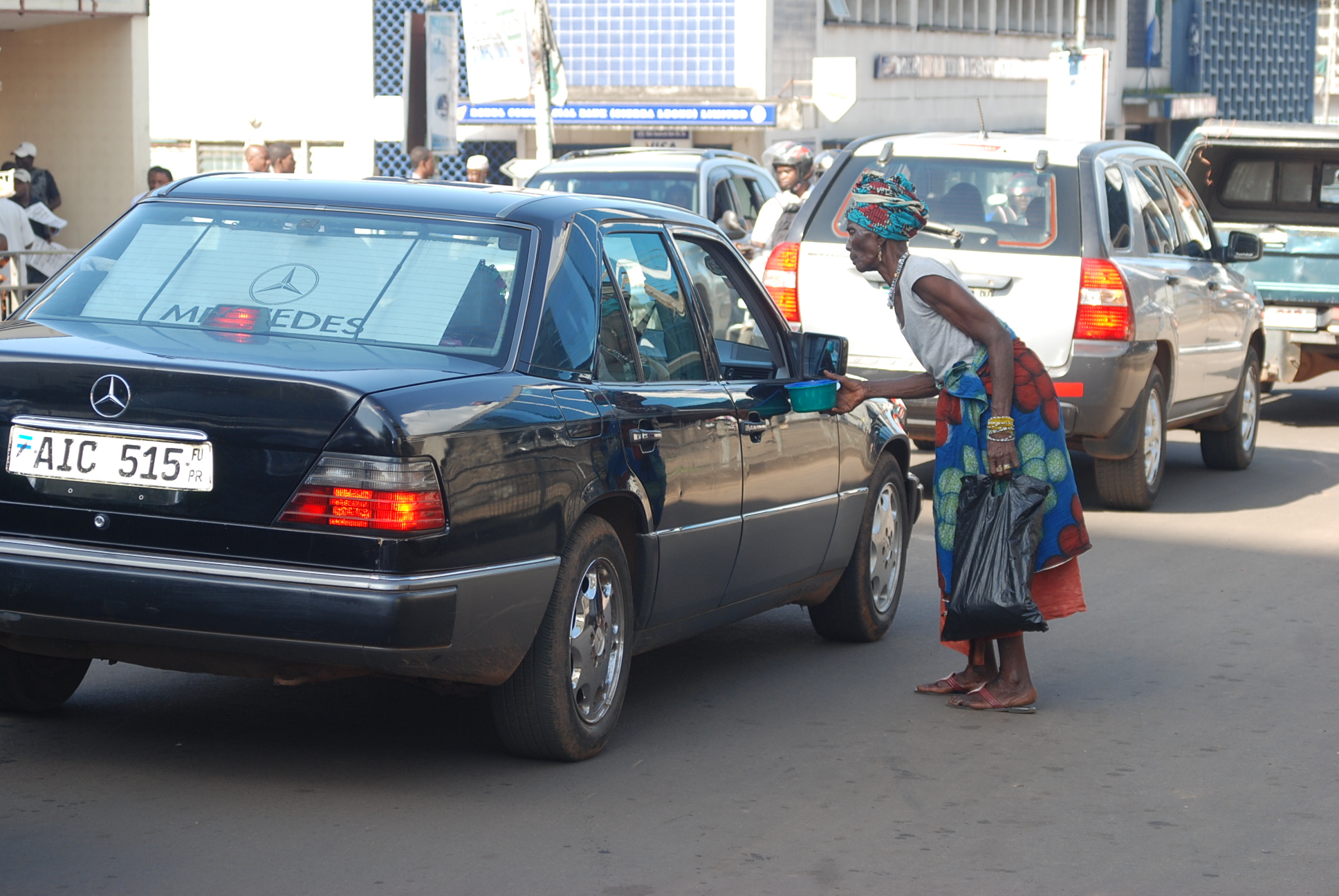 An African proverb says: “Those who respect the elderly pave their own road toward success.” Children are taught to be respectful to elders and revere them for their experience, their wealth of knowledge and their role as significant stakeholders in society. They are considered the custodians of the culture. In Africa, the elderly customarily live with their children or relatives where all their financial, medical and emotional needs are met. Unlike in the west, it is seen as a shameful act for one’s aged parents to be taken to a home for the elderly while their children are still alive.

In Sierra Leone, it also used to be like this. However, as a result of the 11 years brutal civil war in the country, this family ethos was disrupted. It left in its wake

a large group of vulnerable persons, consisting mainly of the elderly whose communities were devastated. The destruction of the village networks meant the death of individuals, but also led to separation of entire families. Many elderly people have no children or relatives to cater for them. They are unable to work and have no regular income or means of support. Due to this peculiarity in the Sierra Leone situation, there is the obvious need for government and the private sector to step in to provide shelter and homes to this vulnerable group of elders.

With industrialisation, the societal landscape is changing. People are leaving their rural communities for the rapidly growing cities. Daughters who used to stay at home to look after children and aged persons are now working professionals with little time to care for their sick parents. Relatives who stayed behind in the rural communities, entrusted with caring for their aged, have abandoned rural life and headed to the city to seek better living conditions. This is a growing concern in the country. For a population of over 5 million, there is only one home for the elderly in Sierra Leone – King George’s VI Home in Grafton.

In more developed societies, there are senior citizen communities and medical centres where an old couple can live the rest of their days in the care of non-family members or even on their own. In these societies, it is the government and private sector’s responsibility to provide services and facilities that care for their older members of society.

As part of the recovery process after the over decade-long civil war in Sierra Leone, the National Social Safety Net is planned to become a poverty-reduction strategy. The aim is to improve and prioritise the access for vulnerable groups and the elderly to food, social services and other social safety nets, thereby ensuring their livelihood and restoring their dignity. The Safety Net is also supposed to create a sense of belonging within the community and reduce interdependency.

To be eligible for social assistance people would have to be 60 years and above and have neither a regular income nor any other regular means of support. The Ministry of Labour ran a pilot scheme in 2008, transferring about ten dollar a month to members of this most vulnerable group, which was given priority.

The pilot scheme revealed many challenges, including major administration costs due to the considerable input needed to identify and verify the most vulner­able people and ensure that they receive the correct payments. Those targeted in the scheme were often the least mobile, and the least able to press for their rights when faced with national and local authorities. Thus, additional funds to improve capacity and targeting may be a necessary prerequisite to enable the programme to function successfully.

“Many forgotten elderly live from hand to mouth, depending on alms given out by generous passers-by,” says Abubakar Sadique Kamara, Director of National Social Safety Net Programme. “We gathered feedback from an impact assessment survey through the implementation of the pilot programme. It revealed that recipients’ lives were positively affected – it took lots of these poor old people off the streets as beggars for a time,” he explains. A national vulnerability status assessment was conducted and could serve as a basis for a social protection policy and strategy.

According to Kamara, Sierra Leone “needs the political will to move this programme to the next implementation stage, which is very critical to the attainment of the Agenda for Prosperity – a poverty reduction-strategy recently launched by President Ernest Koroma, with the goal to become a middle-income country.”

Apart from the implementation of this social-protection scheme which targets just a small group of most vulnerable elderly, a universal cash transfer is planned, which would target all citizens of 60 years and above. This, however, has been proposed, but due to budget constraints, has not been implemented as yet. It is a major programme that could help alleviate poverty if managed in a broader and more inclusive scale. International donor agencies express concern about supporting such a scheme in Sierra Leone because it does not directly support productive economic activity. However, similar schemes in other low-income countries are increasingly being supported by national governments and international donors, indi­cating a growing commitment to such plans in development policy.

At present, with the pilot scheme terminated, business as usual continues. Mabinty Senesie, a 78-year old woman from Kono who benefited from the pilot scheme in 2008, says: “I received some money from government officials but that was a very long time ago. It helped me take care of myself for some time and I did not depend on anyone. I wished it would have continued.” She is the only survivor in her family, the war took away her husband and two children. “I have no one to look after me, so I have to depend on the goodwill of friends and relatives, “ Mabinty Senesie says.

She is one of many. But Sierra Leone’s leaders are working on improvements, so old people need not become beggars but feel accepted as valuable citizens once again, helping to preserve and pass on their culture to the next generation.