“War against the poor”

In the Philippines, Christian faith leaders oppose President Duterte’s bloody “war on drugs”. This stance was recently reconfirmed at an ecumenical conference in Bonn. 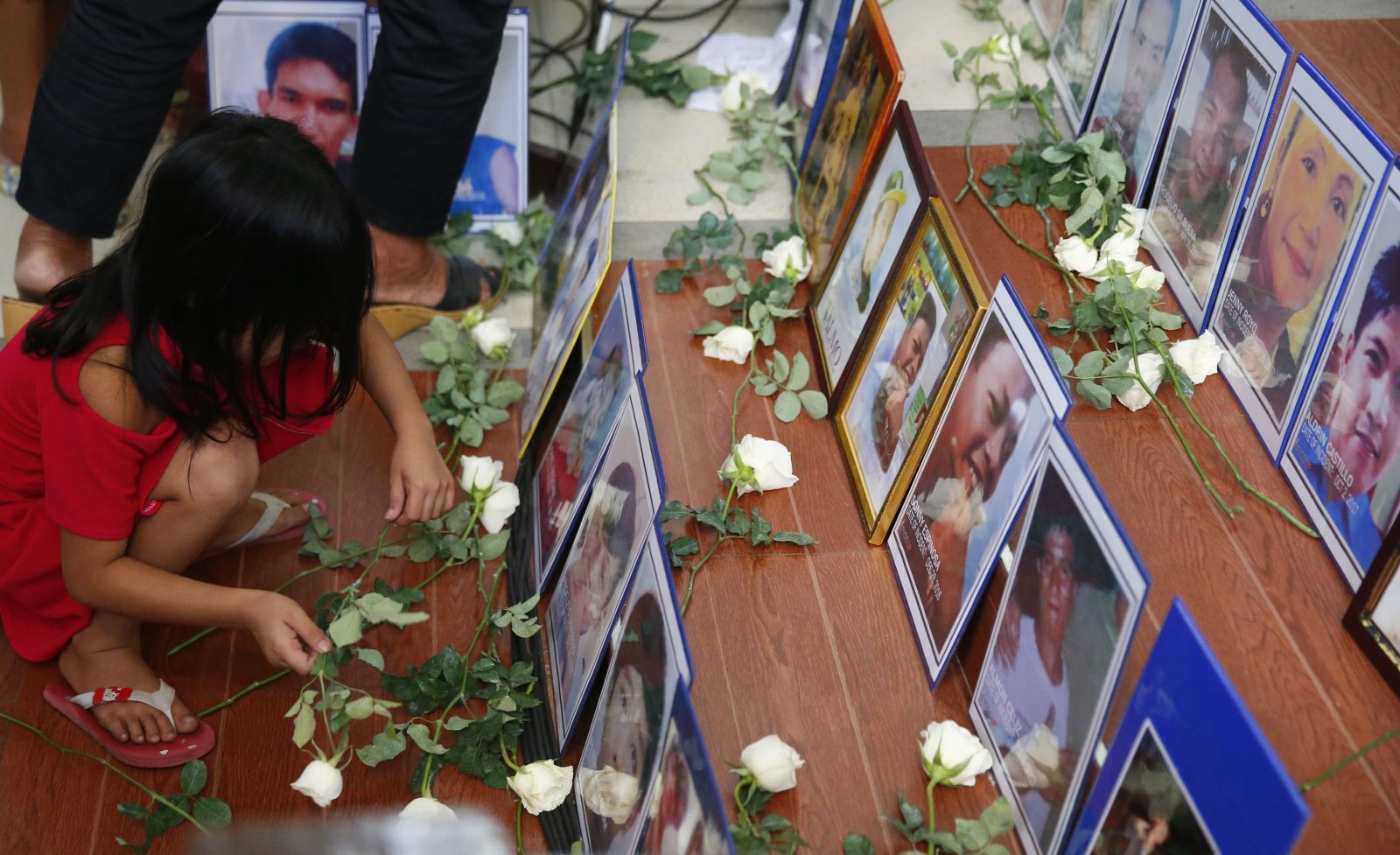 Marquez/picture-alliance/AP Photo Commemorating victims of Duterte’s war on drugs in Manila on All Saints day, 30 October 2018.

“When we entered the convent, we did not give up our citizenship.” This is what Sister Mary John Mananzan tells critics who say that she should not meddle in politics. The Benedictine nun has a long history of fighting the dictatorship of Ferdinand Marcos in the 70’s and co-founding GABRIELA (a federation of women’s organisations) in 1984. She also served as its national chairperson for more than a decade. These days, Mananzan is involved in campaigns to stop the killings related to President Rodrigo Duterte’s so called “war on drugs”. In her eyes, faith leaders have a moral duty to speak up against people getting killed.

According to government data, the Philippine police killed 4,948 people in anti-drug operations from 1 July 2016 to 30 September 2018. The police say that the dead were suspected drug pushers or users who resisted arrest. They also claim that drug traffickers and dealers kill each other. Human Rights Watch (HRW) reckons that Duterte’s clamp down has so far claimed 12,000 lives. The international non-governmental organisation reports that the police “carried out extra-judicial killings of drug suspects, and then falsely claimed self-defence”. According to a recently published report, eyewitness accounts “portray the killings as coldblooded murders of unarmed drug suspects in custody” and “no one has been meaningfully investigated, let alone prosecuted, for these killings”. To judge by international standards, moreover, the Philippines is not facing any dramatic drugs crisis, according to Amnesty International.

Photojournalist Raffy Lerma spoke at the Ecumenical Philippine Conference (ÖPK) in Bonn in late October. It convened members of Catholic and Protestant church organisations in Germany. Lerma showed pictures he took, including of drug-war victims. He says he wants the government to get a grip on the illegal drug trade, but questions Duterte’s approach: “Why do poor people get killed without due process?”

According to Lerma, people who get caught with millions worth of drugs are taken to court and sentenced to prison. “They do not die, unlike the poor who get killed with 200 pesos (ca. three dollars) worth of drugs.” Lerma sees Duterte’s so called war against drugs as a war against the poor, since most of the dead are from the impoverished settlements of Manila and neighbouring cities.

Last year, Bishop Pablo David called on the Philippine government to stop its “cruel and simplistic” campaign against illegal drugs. Speaking at the funeral mass of a teenager killed by the police, (also see Alan Robles in Debate section of D+C/E+Z e-Paper 2017/10), he reminded government leaders that they should not abandon the rule of law. Bishop David is the vice president of the Catholic Bishops’ Conference of the Philippines (CBCP) and one of Duterte’s most outspoken critics.

Other faith leaders have joined Bishop David’s call to stop the killings. The most prominent is Archbishop Luis Antonio Cardinal Tagle of Manila. Nonetheless, President Duterte announced in his state-of-the-nation address that his war against illegal drugs will stay as relentless and chilling as it began.

“Your concern is human rights, mine is human lives,” Duterte told his critics. The Catholic Church cannot agree with that statement, was Bishop David’s response, since doing so would imply that “the victims of drug-related killings are not human”. The clergy leader pointed out on Facebook that “drug use is not a crime that deserves death”. What people with substance-use disorder need is rehabilitation.

Father June Mark Yañez agrees. He is a Protestant Philippine pastor who works for the German Seafarers’ Mission in Hamburg. He points out that valuing human lives is a deep Christian tradition. Respect for it means to support “only those state policies that uphold basic human rights and respect human lives”.

Emmalyn Liwag Kotte is a freelance journalist. She is a member of the working group that organises the annual Ecumenical Philippine Conference in Germany.
emmalyn320@hotmail.com

Unwilling and incapable of working

Thousands of people missing in Mexico