contributed to D+C/E+Z in autumn 2017 as a lecturer at Dhaka University’s Department of Law. 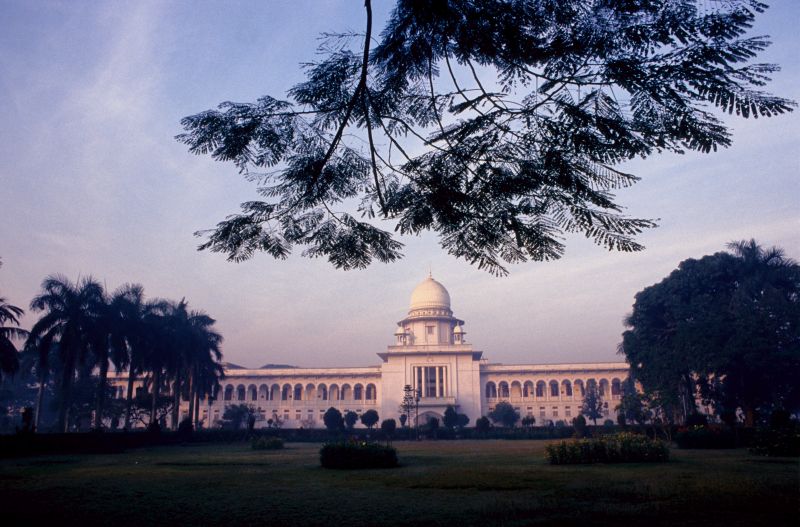 Bangladesh became an independent nation on 26 March 1971 after a bloody independence war against the Pakistan army. At the time, the country’s leaders opted for essential legal continuity. The legal system, which Pakistan and India had inherited from the British empire, basically stayed in force.

The new constitution, however, set the goal of attaining an indigenous and transformative legal order, free from the genetic defects of the colonial law. Over the past four decades, Bangladesh’s legal system has developed in its own way, embracing some positive developments (see box). Unfortunately, however, contemporary Bangladeshi law is still largely colonial in nature as well as spirit. A truly self-defined legal system remains a distant dream. Only in 2012 did the Supreme Court allow officially the national language, Bangla, to be used in court proceedings and judgments.

According to the colonial legacy, laws are made in a power-driven, command-based and top-down process. There is very little scope for popular participation in legislative debates, and people’s chances to find justice tend to be small.

The original constitution endorsed fundamental freedoms. Nevertheless, emergency provisions allow the state to postpone the enforcement of human rights and to detain citizens for up to 30 days without trial. These clauses were adopted in 1974 in a step that must be seen as a re-importation of the anti-liberty laws that both the British empire and Pakistan had imposed earlier.

Under British rule, sections 122 and 123 of the colonial Penal Code (“Offence of Sedition”) were routinely applied to freedom fighters as well as people merely suspected of such leanings. In some respects, Pakistan exacerbated this repressive colonial law, by criminalising speech that might criticise state sovereignty or put public safety at risk. This law is still in force in Bangladesh. Unsurprisingly, some more recently passed laws – such as the Information and Communication Technology Act – similarly criminalise the act of defaming any person through cyber-technology. The approach is reminiscent of colonial oppression.

Like other colonial powers, Britain resorted to a strategy of “superimposing” state laws. It prioritised the colonial law over pre-existing local norms and customs. Previous legal cultures in South Asia were thus uprooted. The two most important reasons for this legal imperialism were that:

The ideas of justice and good governance were not of priority. Indeed, the judiciary was submissive to the colonial administration. In some ways, it served as an extension of – rather than a check on – the bureaucracy. For example, special tribunals were set up to try freedom fighters like Bhagat Singh or the organisers of the Chittagong Armory Raid in the 1930s.

The struggle for an independent judiciary began immediately after the partition of India in 1947. The bureaucracies of both India and Pakistan did not want to separate the lower criminal judiciary from the executive. Magistrates had juridical as well as administrative powers. This allowed them to exert power more forcefully, as had been intended by the colonial regime. India separated judicial duties of magistrates from those officers’ executive duties in 1975 and Pakistan did so in 1997. Bangladesh’s constitution of December 1972 provided for an independent judiciary, but the courts were made completely subservient again in 1975. Only in 2007, was the lower criminal judiciary separated from the executive branch of the government. This happened in compliance with a 2000 Supreme Court ruling directing what is known as “separation of the judiciary”.

The mind-set of Bangladesh’s bureaucracy remains overly colonial. It can still be felt that district officers were basically revenue collectors in the British era, with the regime tolerating their tendency to mix government service with personal interests.

Generally speaking, the colonial judiciary was slow, racially biased and not an independent branch of government. Unfortunately, today’s courts are not much different. Serious problems of case-backlogs and wide judicial and administrative discretion are still evident. The criminal justice system is overly bureaucratic and litigation is all too often frivolous. That public confidence in the legal and justice systems remains low is certainly a colonial legacy.

British law upheld some pre-existing principles. As the Moghul administration before them, the colonial masters considered personal law to depend on a person’s religious faith. Accordingly, Muslims and Hindus lived by different rules. This distinction is still made in India, Pakistan and Bangladesh.

It is worth emphasising that religion-based personal law systems are not necessarily at odds with a modern understanding of human rights. It is true that there are certainly examples of bad practice in the name of religion and the topic can serve to mobilise fundamentalist sentiments. However, all South Asian courts tend to interpret faith-based law in a progressive way that fits the constitutional principle of equality.

It is noteworthy, moreover, that some sensible reforms were introduced under British rule. Muslim wives gained the right to petition courts for divorce, while Hindu women were entitled to own property. Another significant reform was the codification of civil and criminal laws.

Ridwanul Hoque is a law professor at Dhaka University.
ridwandulaw@gmail.com

Arpeeta S. Mizan is a lecturer at Dhaka University’s Department of Law.
amizan@llm15.law.harvard.edu