2010 marked the start of a participatory process in Guatemala to formulate the “National Comadrona Guideline”, which was adopted in August 2015. It contains important elements like the promotion and dissemination of the knowledge of traditional birth attendants, the strengthening of their work as “agents of change”, improvement of relations between comadronas and the state-run health system and better institutional consideration of the cultural dimensions of maternal and infant health.

last contributed to D+C/E+Z in the winter of 2012/13 as an independent consultant for global health and development. 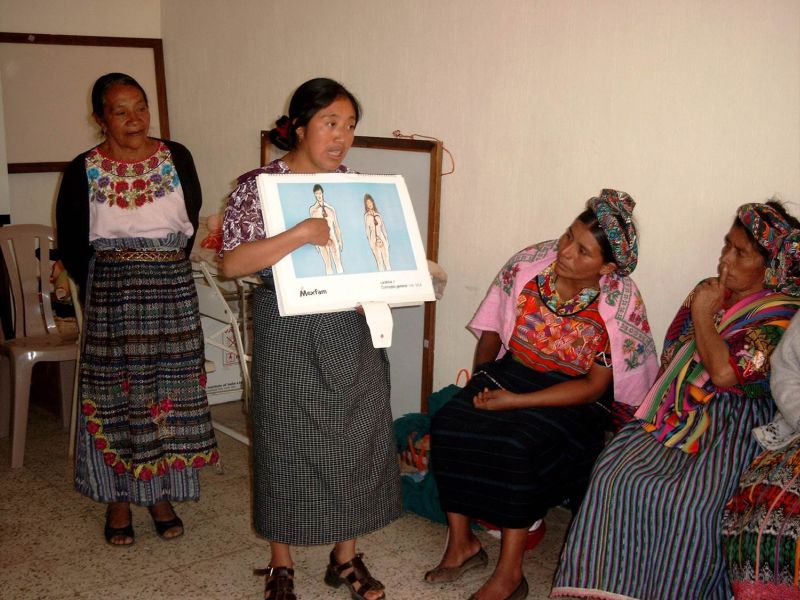 The adoption of the guideline was a great achievement, but in practice the policy has so far been largely ignored and is not a priority for the Ministry of Health.

In response to an initiative by an indigenous representative, the congress went a step further and passed a law in February 2017 that recognises the work of comadronas. It requires the Ministry of Health for instance to acknowledge the vital role traditional birth attendants play and provide them with financial support. They are to receive 250 quetzales (about € 30) per month for life. The money is not considered a payment, but rather an economic incentive and recognition of their talent and mission.

President Jimmy Morales vetoed the bill shortly after it was passed, however, presumably upon request of the Ministry of Health and on the basis of a governmental agreement. He claimed that the law failed to respect the multiculturalism of the Maya given the fact that its name was written in only one of Guatemala’s 22 Mayan languages. It was therefore not inclusive. Moreover, the law allegedly violates Convention 169 of the International Labour Organization (ILO) on the rights of indigenous peoples. According to Morales, since the financial support was tied to the certification and registration of the comadronas, they would have had no choice but to comply. He also felt that the law was not in harmony with the policies and priorities of the Ministry of Health, which was not consulted as it was being drafted. Another bone of contention is the bill’s financing, which Morales says is unclear. He also claims that there is not enough money in the budget for it.

The government has also criticised the bill for a lack of transparency when it comes to the criteria that will determine how the payments will be distributed. Furthermore, this approach is supposedly fundamentally at odds with the culture of the comadronas, who feel called to help their communities. But in fact the comadronas have long requested steady financial support from the government. The law is now being considered by the Constitutional Court and could be sent on to the IACHR (Inter-American Commission on Human Rights).

In reality, financial considerations do seem to play an important role, because even though the planned monthly payments are very low – some comadronas have even called them insulting – the number of potential recipients is so high that they would represent a significant burden on the meagre budget of the Ministry of Health.

Successes and setbacks in women's equality