contributed to D+C/E+Z in summer 2018 as a development consultant, member of the Indian National Congress and former World Bank staff member.
https://twitter.com/salmansoz 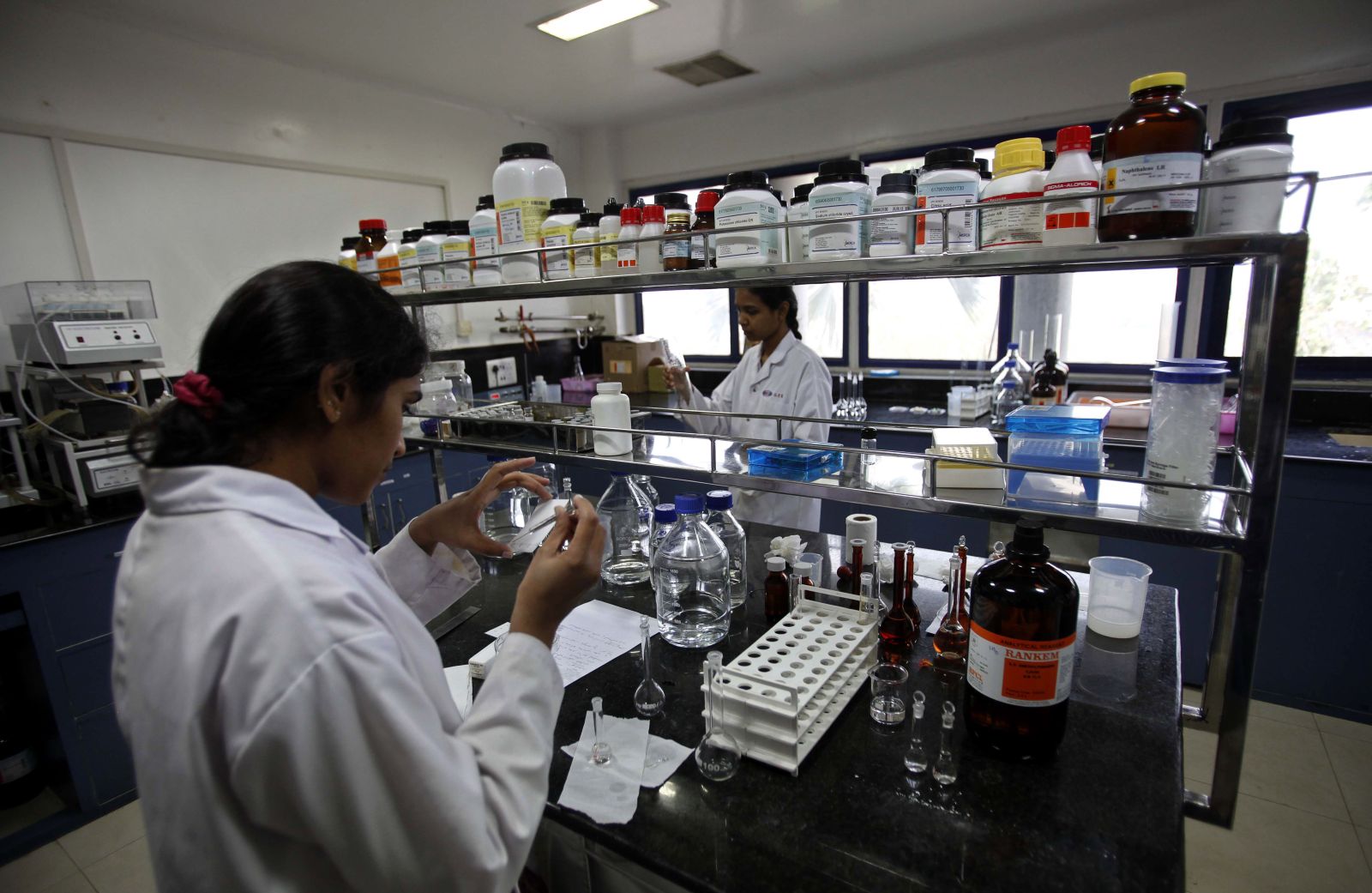 When structural-adjustment programmes fail, the IMF and the World Bank get the blame. When they succeed, the national government gets the credit. To what extent did the international financial institutions (IFIs) define India’s structural-adjustment programme, which they supported with crisis lending, and to what extent did then Finance Minister Manmohan Singh do so?
India has a long-standing relationship with both the IMF and the World Bank. However, that does not mean the Bretton Woods institutions “defined” the reforms enacted under the leadership of Dr. Singh. India’s economic situation was under stress and faced serious balance of payments challenges. The government felt that reforms, especially those related to investment, trade and private-sector development were absolutely necessary and the sense of crisis around that time helped it to push the reforms through.

Some say that India was a case of a socialist overregulation, so structural-adjustment policies that normally involve deregulation, budget consolidation and privatisation simply had to succeed. To what extent do you agree?
Many countries are burdened by overregulation. At the same time, excessive deregulation can lead to serious failures as we saw during the 2008 global financial crisis. I can’t tell if structural-adjustment programmes resulted in successful deregulation everywhere. The fact is that while we can learn lessons from other countries, the particular circumstances of each country are unique. India took a measured approach, and I think that helped.

Some say that policies of reducing government deficits, deregulation and privatisation only plunge countries deeper into poverty. That did not happen in India. Was the reason that Manmohan Singh’s policy focused more on deregulation than on consolidation of public budgets and privatisation?
In 1990, when India faced its reforms challenge, the focus was on first generation liberalisation. Deregulation was an urgent task. The private sector had been under a regulatory burden and the public sector was dominant. The context was that, after the British, there wasn’t much of an economy and public sector-led growth was natural. Over time, however, the need for a more balanced approach was evident. To implement major change, a phased approach is sensible. In phasing reforms, one must try to go for low-hanging fruit first. Instead of fighting over the mass privatisation of public-­sector enterprises, the government tried to let the private sector do its work without excessive interference. That was the top priority, and it delivered results. Growth rates increased and have stayed high ever since. If the government had tried to push through additional reforms, that could have led to a broader political backlash and likely failure. Economic growth helped the government to reduce budgetary problems. Disinvestment of public-sector enterprises has been going on but at a measured pace. India now has a fairly large private sector, so disinvestment is not as big an issue anymore. On the other hand, in view of vulnerabilities of society’s weaker sections, India did work on developing new social-protection mechanisms with some success. An example is the Mahatma Gandhi National Rural Employment Guarantee Scheme, according to which one adult member of every village household is entitled to 100 days of work paid according to the legal minimum wage. This has certainly made a difference. Rural roads and electrification have improved living standards of millions. Many schools and health centres have been established, but quality remains a concern. Unfortunately, we now face rising inequality that we must find solutions to. But I believe the rising inequality is in part due to fewer decent jobs being created and not necessarily – or only – because of economic reforms.

Why did Manmohan Singh have such strong bargaining power vis-à-vis the IFIs?
I think the most important factor was that India’s economy was under stress and the technocrats were able to convince the politicians that reforms could not be delayed any further. The IFIs saw that Dr. Singh was able to draft a sensible programme and had the government’s support for implementation. Besides, India was a major client, and when a country of this size and development challenges seeks assistance, IFIs don’t want to miss an opportunity to advance global economic development. As far as geostrategic considerations are concerned, the Soviet Union had already disintegrated, so I don’t think western governments were worried much about Delhi’s long-standing alliance with Moscow anymore. It probably helped that Dr. Singh was intimately familiar with the institutions such as the World Bank, with people working there and contemporary economic thinking.

In what sectors did liberalisation have the greatest impacts?
Services did pretty well, especially those that had modern technology linked to them. Mobile telephony and information technology clearly did well. One reason is that the government bureaucracy had found it hard to regulate things that were new and dynamic. Mobile phones and computers were new for everyone, and India was in a fortunate position to experience this shift almost contemporaneously with the rest of the world.

Are there lessons for other countries concerning liberalisation that does not exacerbate poverty?
Every country is different, so it is hard to draw general lessons. I would say that policymakers should carefully evaluate their own situations, review lessons of experience from around the world, especially from countries similar to their own, and then develop a phased approach to reforms, making sure those who are in danger of losing out, have institutional support to get back up on their feet.

Structural-adjustment policies have failed in many countries, leading to over-indebted­ness. That is why the G8 initiated multilateral debt relief at the Cologne summit in 1999. The new conditionality was that governments had to draft and implement poverty-reduction strategies. Did the new approach work?
I cannot say if this succeeded. What I can say is that drafting poverty-reduction strategies makes sense. These strategies help push forward a discussion on the circumstances of an individual country and unleash a debate about how living standards can be improved. The process is important and it should be transparent and inclusive. The final product in the form of a document is less important. The policies and programmes that take shape as a result of thinking through a country’s challenges and priorities must then face the test of implementation. Some of the best ideas falter due to poor implementation.

Structural adjustments are supposed to attract investors who want to manufacture goods for the world market. Did that happen in India?
India’s growth is primarily driven by domestic investments and consumption. It is true that foreign direct investment (FDI) in India has grown significantly, and it actually kept growing in this century. However, FDI still only accounts for two to three percent of gross domestic product (GDP). The country’s investment ratio is typically about 30 % of GDP and higher, though it has declined in recent years. India is a huge market in absolute numbers, but individual people’s purchasing power is still relatively limited. We still have a lot of catching up to do. As India’s market continues to reform and the economy grows, I expect greater investments to flow to India than to any other major economy. In some ways, it is already happening.

International-business media still demand more and massive reforms in India. Is structural adjustment unfinished business in your country?
I wouldn’t call what is needed “structural adjustment”. Yes, India needs reforms in a number of areas such as health, education, labour markets, banking sector as well as continued progress on improving the business environment. I think no country is ever done with the process of reforms. So, yes, there is a major reforms agenda and it is important for the country’s development.

Is Prime Minister Narendra Modi a serious economic moderniser, or is he driving a supremacist agenda of Hindu chauvinism?
In my opinion, Prime Minister Modi has unfortunately squandered his massive mandate of the 2014 election. His election had raised hopes that a government with a big political mandate would be reformist and squarely focus on economic development. Those high expectations remain unmet. I don’t believe he is an economic moderniser at heart. He is deeply political and under his leadership the focus of the ruling party appears to be on winning elections rather than on ensuring shared economic progress. I have written numerous articles on his government’s stewardship of economic policy. In spite of some promising rhetoric, his party and its associates are implementing a divisive agenda that is unlikely to create a conducive environment for the kind of economic development that millions of Indians need and deserve.