Paradigm shift in the EU

The European Union’s Common Foreign and Security Policy (CFSP) is currently undergoing a paradigm shift, argues a new research paper published by the German Institute for International and Security Studies (SWP). Instead of stabilising and transforming neighbouring countries and regions, the focus is now on building the EU’s own resilience in the face of crises. 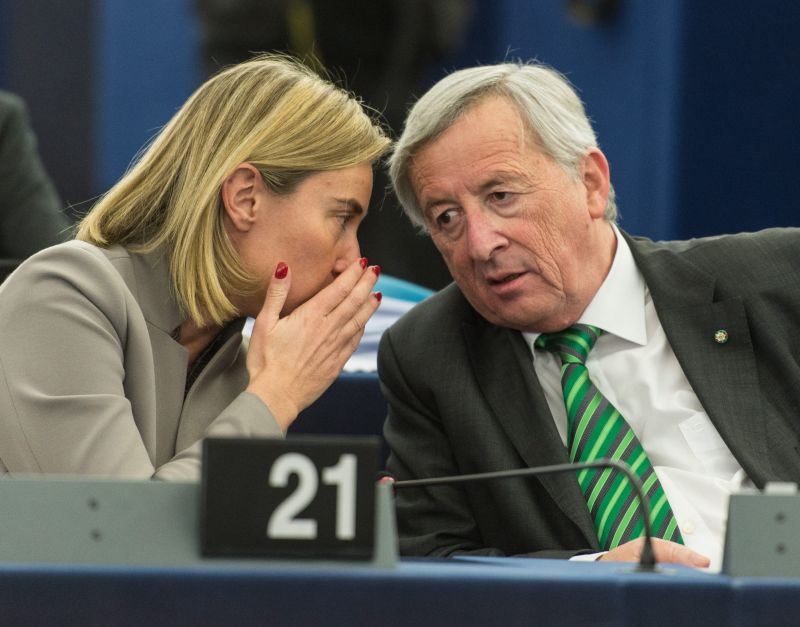 Observers are surprised by the increased attention the CFSP is getting, writes Annegret Bendiek, a researcher at SWP in Berlin, in a recently published research paper. Especially the Common Security and Defence Policy (CSDP) has seen major reforms and reform proposals. Internally, efforts to make EU institutions more efficient by gradually replacing the need for unanimity with qualified majority voting are underway.

Bendiek explains the CFSP revival with several political and legal dynamics. They include external factors like:

The old paradigm was too ambitious, says Bendiek. Established in 1993 by the Maastricht Treaty, the CFSP was supposed to enable Europe to stabilise and transform its neighbours as well as defend its interests in European and global politics. However, the EU did not manage to settle and contain conflicts in its European, Near Eastern and African neighbourhood. In the meantime, observers claim that the CFSP has become an instrument of a few powerful member states.

Building up resilience against internal and external threats is now the overarching CFSP goal. That is spelled out in the EU’s new Global Strategy of June 2016. The strategy interprets resilience as the ability to defend the EU against attacks, repair damages and build structures that are less vulnerable to threats. According to Bendiek, this focus on its own security is driving a more conservative approach to foreign and security issues.

Though many observers criticise the strategy’s failure to define structures and instruments, efforts to implement the strategy are underway. Matters have been accelerated by the UK’s decision to leave the EU. Indeed, the EU is working on boosting policy coherence, as Bendiek writes, in terms of:

While the Security Union and the Defence Union are formally separate, a “comprehensive approach” will be taken to issues that lie at the intersection of domestic and foreign policy. Relevant topics include migration and cyber security, for example. The aspiration is to use military, civilian as well as economic instruments.

The Defence Union is a project of foreign and defence ministers who want to coordinate member states’ defence efforts more closely. For example, the creation of a European Defence Fund is supposed to enable joint investments in research and development.

Effective defence of EU territory has always depended on cooperation with NATO. As Bendiek shows, however, both institutions strive to stabilise other countries, so their actions should complement each other. Additionally, they plan to work together in the defence against cyber attacks.

According to Bendiek, the emerging Security and Defence Union will thus become increasingly powerful, tackling typical domestic issues such as migration, cyber security or counter-terrorism. For example, with its operation EUNAVFOR MED, also known as Sophia, the EU is taking military action against smugglers in order to stop human trafficking and illegal arms transports.

Bendiek recommends four areas for further reform:
1.    The EU should adopt a “white book” on security and defence to define European interests and clarify strategic questions.
2.    The president of the commission (currently Jean-Claude Juncker) should also be made the top policymaker for foreign policy and security affairs, so the office of the high representative (currently Federica Mogherini) would become redundant.
3.    Decisions should be taken by majority voting rather than consensus.
4.    The European Parliament should have oversight over the CSFP.

Link
Bendiek, A., 2017: A Paradigm Shift in the EU’s Common Foreign and Security Policy: From Trans-formation to Resilience.
https://www.swp-berlin.org/fileadmin/contents/products/research_papers/2017RP11_bdk.pdf