Five years ago, India’s central government unveiled the first national mental-health policy. The intentions are good, but achieving the goals still looks like an uphill battle. 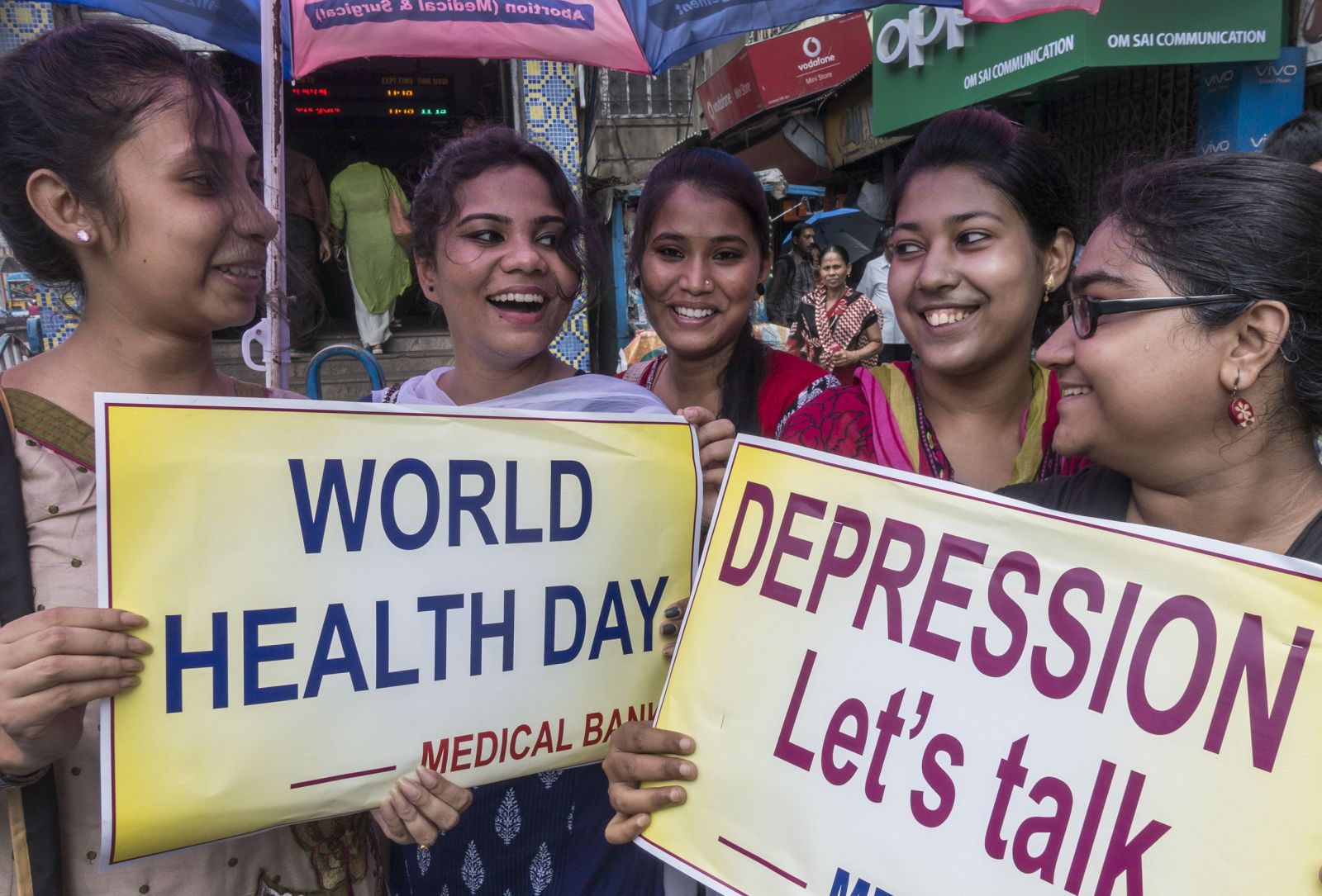 The government wants to provide all mentally ill people with universal access to good quality treatment. The policy spells out that “poverty and mental ill health are inextricably linked in a negative vicious cycle” and that “persons from lower socio-economic groups are more vulnerable to mental-health problems”. It promises to increase funding and to ensure that enough professional staff is made available. Tackling stigmatisation is a core element of the policy. Harsh Vardhan, the health minister, declared that the policy “is embedded in a value system that upholds a participatory and rights-based approach and aims to promote quality in service provision and effectiveness in delivery.”

India’s mental-health scenario is worse than many think. For 2015/2016, the National Institute of Mental Health and Neurosciences (NIMHANS) reported that one in seven Indians suffers some form of mental disorder in their lifetime. Ten percent of Indians were said to require immediate intervention. Due to stigma and insufficient health infrastructure, however, only about one fifth of the people concerned were getting the needed medical support within a year of falling ill.

As the newspaper The Hindu reported at the time: “The prevalence of mental morbidity is found to be very high in urban centres, where there is a higher prevalence of schizophrenia, mood disorders and neurotic or stress-related disorders.” It was suggested that the reasons could include “fast-paced lifestyles, experiencing stress, complexities of living, a breakdown of support systems and challenges of economic instability” (also note review essay by Katja Dombrowski in the Focus section of D+C/E+Z e-Paper 2019/06).

A big challenge is the lack of mental-health professionals. In 2014, India had a mere 0.3 psychiatrists per 100,000 people in 2014, according to the World Health Organization (WHO). The comparative figures were 7.5 for Germany and 12.4 for the USA.

The country does not have enough doctors and nurses in general (also note Ipsita Sapra on maternal health in Focus section of D+C/E+Z e-Paper 2017/08), and there are only very few psychologists and psychiatrists. Few students of medicine opt to specialise in this field, not least because it was never considered an integral part of the health system in the past.

In India’s urban agglomerations, the situation is somewhat better. A simple Google search shows that more than a dozen psychiatrists practise in Mumbai’s Andheri suburb alone. In view of the fees they charge, their patients must mostly be affluent people.

Though extreme poverty has been going down in recent years, India is still far from being a prosperous nation (see Roli Mahajan in Focus section of D+C/E+Z e-Paper 2018/11). It is obvious that the most vulnerable population groups are hardly aware of what mental health is and that they would find it very difficult to get psychological or psychiatric therapies even if they understood the matter.

Poor communities tend to ignore mental illnesses. The reason is that these diseases are not obviously disabling. People very rarely die because of them, though clinical depression can drive patients to kill themselves, and suicide rates are indeed disturbingly high in India (see box). In general, however, the mentally ill only seem to have excessive phases of sadness, bad tempers or delusions. Families who struggle to make ends meet do not consider such episodes something that money should be spent on, even if professional care might help.

Research in various developing countries has shown that mental health is negatively affected by financial hardship, physical illness, lack of education and skills. People who cannot provide for themselves and their family are prone to feel personally inadequate, and such self-assessments can be exacerbated by unfulfillable desires that advertising and the media systematically trigger in a consumer society.

In all social strata, however, mental problems cause stigmatisation and shame. Therefore, the patients themselves tend to shy away from looking for professional help. They know that they would be considered a disgrace and may even risk being abandoned by their families. Whether they suffer anxieties, depression or addiction, patients generally do not want to acknowledge that they have a mental-health problem. That addictions can be driven by anxieties and depression, makes the scenario even more difficult.

To a large extent, Indian society is plainly not prepared to deal with mental issues in other ways than appealing to morals or reiterating religious norms. It adds to the problems that society is changing fast. While traditional community ties still provide sustenance to many people, such ties are fraying in many cases, not least because traditional norms no longer fit a modernising society. This is most evident in urban areas, but also affects rural regions which today not only have access to mass media and the internet, but are also marked by interaction with relatives who have migrated to the cities.

To improve, India’s mental-health system must become an integral part of the nation’s general health-care framework. General practitioners and specialist physicians must liaise and interact more with psychiatrists and psychologists. Moreover, hospitals are not showing much interest in mental health because they do not see a great potential for revenues. Private-sector health care has been growing in recent decades (see essay on hypertension in Focus section of D+C/E+Z e-Paper 2018/03). Apart from a handful of professionals who serve privileged people adapting western norms, the private health-sector largely ignores mental illnesses.

In the meantime, a global trend may make things even worse. Research in the USA has shown that there is a link between the use of social media and psychological well-being. Depression and feelings of loneliness tend to increase the time people spend on platforms like Instagram or Facebook. This kind of digital communication is very popular in India, especially among the younger generation. They have developed habits of continuously checking their mobile phones for new messages. Modern technology may not be as harmless as it seems, and that may make it even harder to achieve the government’s mental-health goals.

Hans Dembowski is the editor-in-chief of D+C/E+Z.
euz.editor@dandc.eu