An office in local government often turns out to be a launch pad for a career in national politics. In the Philippines, however, a former head of state is now the mayor of the capital city. 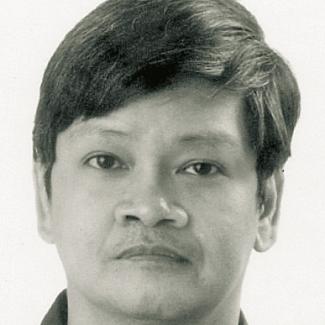 Malasig/picture-alliance/dpa The mayor helping police officers enforce a truck ban on the streets of his city.

Last May, when 76-year old disgraced president Joseph Estrada started his three-year term as mayor of Manila, he promised city residents: "I will not fail you. I will die working to bring back the glory and pride to Manila."

He had made a similarly grandiose statement 16 years ago – but then things went dramatically wrong. When he became president of the Philippines in 1998, he exulted that "this will be the greatest performance of my life". The man’s full name is Joseph Ejercito Estrada, but the former B-movie action star is popularly called "Erap". His presidency was cinematic indeed, but not in the way he had hoped.

In 2001, less than halfway through his six-year term, he was chased out of office by "people power". A broad-based opposition movement had been sparked by revelations of what came to be called his "millions, mansions and mistresses." Accused of receiving colossal payoffs from criminal gambling syndicates, Estrada was impeached and tried by the Senate.

Thousands went to the streets to protest when they had the impression that the president was trying to manipulate the proceedings. After five days of mass demonstrations, Estrada was abandoned by the military as well as his political allies. He was turfed out of the Malacañang, the presidential palace, and placed under house arrest. After a six year trial, he was sentenced to 30 years imprisonment for plunder by an anti-graft court.

What followed was something perhaps even an amateur film scriptwriter would not dare to invent. Estrada was immediately pardoned by Gloria Macapagal-Arroyo, his former vice president who succeeded him as head of state. As part of the pardon, Erap promised never to seek public office again. The pledge was not really necessary, since he was forbidden from doing so by law anyway.

Nonetheless, he broke both his promise and the law twice. He ran for president in 2010 and came in second. Last year, he ran for mayor of Manila and won. His opponent was the incumbent, 83-year old Alfredo Lim, a friend who had been the local-government secretary during Estrada’s ill-fated presidency.

It was not very hard to beat Lim. The incumbent mayor had systematically run Manila into the ground. He will probably be remembered for two things:

Estrada beat Lim narrowly in a bitter campaign, during which both candidates insulted one another. Estrada called his victory a "vindication", claiming "people still have trust in me despite all the black propaganda thrown at me during the time I was impeached." He proudly told residents their new mayor was an ex-convict, which he explained meant "man of conviction" who had been jailed for his principles.

Erap has a way of pretending to be a man of the masses and saying his priority it to fight poverty. The truth, however, is that his pro-poor rhetoric never translated into any effective policies that might have improved the living conditions of disadvantaged and marginalised Filipinos.

Estrada has even compared himself to Nelson Mandela. That would only make sense if the globally revered South African freedom fighter and Nobel laureate had not achieved any policy goals and were a drunkard, gambler, serial womaniser and recipient of illegal gambling proceeds. A better comparison would be to Silvio Berlusconi, Italy’s ex-prime minister convicted for tax fraud. Berlusconi’s political career has been marked by populism, personality politics, sex and corruption scandals.

Not much of a prize?

Winning a local government position might seem a big comedown for Estrada, who served as a senator and vice-president before being elected to the country’s highest office. Moreover, the city he took over from Lim might not seem much of a prize. For years, Manila has been a largely derelict city, the epitome of urban decay and poverty. It has 1.6 million people, who make up about 15 % of the Metro Manila conurbation (see box).

Manila is overcrowded. In 2006 Forbes magazine, called it the world’s most congested city. The city is also plagued by crime and garbage problems. Huge swathes of the city are visibly run down. The historic commercial districts of Santa Cruz and Escolta have become an unending vista of dimly-lit squalor. Manila is bankrupt moreover. When Estrada assumed office, the city was 3 billion pesos (about € 50 million) in debt and owed the national government 684 million pesos in unpaid taxes.

While it is true that Manila is in a sad shape, the city is still significant. It is the second most populous component of Metro Manila. Manila has the country’s largest port and boasts the third largest local economy. Its name is known all over the world. This is where the president lives and holds office. Malacañang Palace is less than two kilometres away from City Hall.

The city’s reputation is certainly deteriorating however. Last year, American thriller novelist Dan Brown unwittingly touched a raw nerve when a character in his latest book described Manila as the "gates of hell". Filipino government officials bristled at the description, but many people agreed – including Estrada himself.

"Manila is really going to hell. That’s true," the mayor told the media. This acknowledgement, of course, was supposed to emphasise that his administration would do something about it. Observers wonder, however, whether what Erap does will serve the city or merely himself and his cronies.

Back to the roots

The former president’s election to mayor is actually a return to his roots. He started his political career 45 years ago when he became mayor of San Juan, another part of Metro Manila. He served in that position for 17 years. Local politics suits Estrada’s performing talent perfectly. At this government level, he can act visibly on various issues, directly charming constituents with his roguish manners, self-deprecating style and earthy wit.

Diego Cagahastian is the mayor’s public information chief and says: "The secret to Erap’s lies in his continuing concern for the masses." According to him, the ex-president’s voters were "mostly poor people, and he wants to be close to them". It is no coincidence that Cagahastian used to write scripts for Erap movies.

When he took his oath as mayor, Estrada promised a thorough clean up, not just of garbage but also of crime and corruption, saying "if there is no peace and order, there can never be economic growth". He spent part of his first day, together with other city officials, wielding a broomstick and sweeping several famous streets.

Since last year, the new mayor has implemented a few high-visibility projects. The grossly dilapidated City Hall has been refurbished. Erap has dismissed police officials, eased the traffic by banning buses and trucks and set up one or two waiting sheds with free WiFi at bus stops near the university district. To fight crime and corruption, the city is setting up a network of closed circuit TV (CCTV) cameras that will be monitored from a command centre in city hall.

Estrada has even invested some of his time in dabbling in foreign policy. He flew to Hong Kong to apologise for the bus massacre. He seemed to enjoy stepping out on to the international stage, but the national government did not initially approve his move. It later did, because it took the heat off the government and put it on the mayor’s office instead.

The new administration’s biggest concern is finding ways to dig Manila out of its fiscal hole. As he did in San Juan, Estrada is relying on the private sector. He has packed the city council with his political friends, so he now gets ordinances approved easily. He can make business arrangements and farm out contracts. One such arrangement saw a Korean firm providing 10,000 solar powered street lights in return for the right to attach digital advertising screens to some of the light poles.

The Erap and Isko show

Spokesperson Cagahastian claims that Erap, who as president was famous for late night drunken revels, has been keeping an active schedule: "He usually works from 8 am to 8 pm, and during the first day of the truck ban he was up at 4 am." Indeed, the mayor and his vice-mayor, Isko Moreno, were seen personally stopping buses on the streets of Manila. The photographs were published in newspapers and on websites.

The question is whether Estrada’s solutions are deep or cosmetic. The evidence, so far, is not too convincing. To ease traffic congestion, for instance, the mayor banned many bus linesfrom Manila and restricted the hours during which cargo trucks can use the roads. These measures obviously helped to clear the streets. A serious downside, however, is that it takes hard-pressed commuters even more hours to get to work in the mornings and back home in the evenings. And when cargo companies threatened to stop operations completely, the mayor’s office caved in and relaxed some restrictions.

The WiFi-enhanced waiting sheds don’t look like they will protect commuters from heavy rains, and the Internet signal can be spotty. Its name, however, is spotless. It is called "Erap and Isko WIFI city", emphasising the relevance of the mayor and his vice mayor.

Estrada’s approach has always been populist, not in the sense of empowering people, but in doling out cash, jobs and favours. Many voters understand this. Throngs of them showed up when Estrada officially became mayor looking for largesse on Estrada’s first day of work. The mayor did not fulfil any wishes however.

It remains to be seen who will benefit the most from the mayor’s term – the residents of Manila or the private companies city hall is doing deals with. The answer will become more apparent once Estrada tackles two hot issues: a proposal to build a gigantic high-rise condominium tower that will spoil Manila’s historic skyline, and a colossal multi-billion peso reclamation project on Manila Bay that some scientists say could cause serious environmental problems. So far, city hall has had no problems in allowing the destruction of heritage structures to make way for fastfood shops and condos.

When he was president, Estrada started the first few months of his term with high-sounding ideas and noble intentions. But it wasn’t long before another character – the oafish, drunken gangster-like womaniser and gambler who physically attacked people – emerged.

Is that Erap gone for good? The mayor himself readily admits that he is no saint. In fact, his family has always been controversial – and still is. Two sons of Erap are senators, and one of them is currently being prosecuted for allegedly participating in a scandal that siphoned off billions of taxpayer money.

It’s hard to make any predictions with Estrada. It’s even possible he’ll make another run for the presidency in 2016. His spin doctor Cagahastian says of this: "I honestly don’t know." The only thing that seems certain with the retired movie actor’s career is that the plot twists are always unexpected.

Alan C. Robles is a Filipino journalist and media trainer. He writes for a daily paper in Hong Kong, runs the political satire website hotmanila.ph, is the managing editor of his wife’s popular website raisarobles.com and used to teach online journalism at the Berlin-based International Institute for Journalism.
editor@hotmanila.ph