Creating jobs and formalising employment relations are generally considered to be important steps. They contribute to building a well-functioning market economy and providing social security. Formal employment is essential for the state to generate revenues, which in turn are essential for the provision of vital services to citizens. Mozambique, however, lacks the preconditions for modernising the labour market. 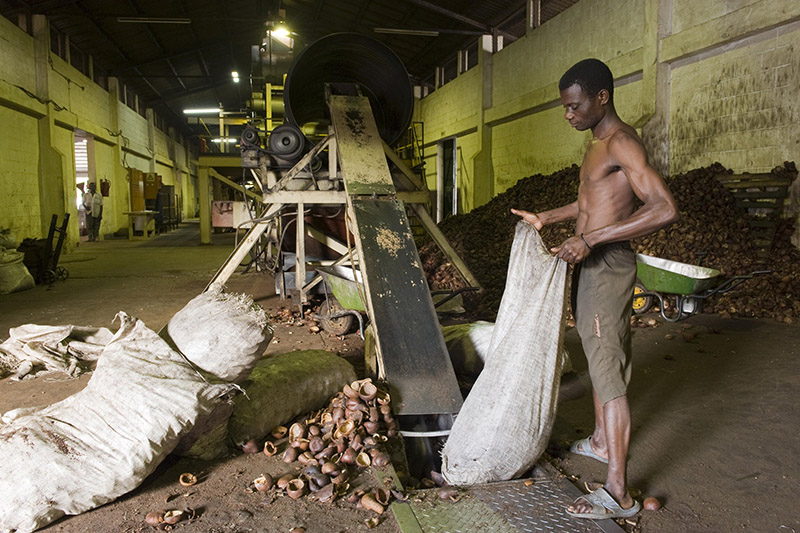 According to official data, Mozambique’s formal sector employs almost 1.1 million people. At least in theory, they have employment contracts, receive at least the statutory minimum wage, are protected against unfair dismissal and enjoy social protection through governmental health, unemployment and pension schemes.

It is doubtful, however, whether that is always the case in reality and whether companies actually pay all the taxes and social security contributions they are supposed to. It is even more problematic that the formally employed work alongside around 11 million people who are employed in the informal sector. For every employee in the formal sector, there are now ten in the informal one. The latter are busy in in low-productivity subsistence farming, small coastal fishing operations, small-scale production and sale of handicrafts as well as in service industries like security or domestic work.

Mozambique’s population is growing fast. Its economy has been expanding fast as well – on average by about seven percent per year since the end of the 1990s. However, up to 500,000 young people enter the labour market every year, and the small formal sector cannot absorb them. It has only created 18,200 jobs a year over the past two decades (Balchin, 2017). Today, the capacities of the informal sector also seem to be largely exhausted. It is a bad sign that around 80 % of the people it employs earn less than two dollars a day (Balchin, 2017). Generally speaking, the informal sector is a “survival economy”. It neither provides adequate incomes nor social protection.

In Mozambique there are three labour-market segments. They differ in terms of importance, the constraints they face and their levels of formalisation. The first is the public service, the second includes private- and public-sector companies and the third is made up of private households and other entities not geared to generating revenues.

The public service has traditionally been an important employer with formalised employment relations. It is relatively secure and often comes with certain privileges. Therefore, it is preferred by many Mozambicans, whether in state administration (ministerial, provincial, district or municipal) or associated services (police, customs, education, health care and so on).

Unfortunately, the public service is closely intertwined with Frelimo, the ruling party, and adheres to its clientelist logic. It would be helpful to disentangle state and party. Public officers must have the skills their office demands. Employment should depend on competence, not nepotism.

Related reforms would not lead to additional jobs, however. Due to tight budgets, funding for new hires is limited. In view of financial crisis, the state has been forced to severely cut spending since 2016.

Companies should be the main drivers of formal-employment growth. Unfortunately, they have only served this function to a rather limited degree in recent years. There are several reasons:

The conditions for entrepreneurship remain bad. Foreign companies prefer to invest in other countries. If they invest in Mozambique, they keep their value chains short (see our contribution in D+C/E+Z ­e-Paper 2019/12, Focus section). The reasons include widespread corruption, crime, poor infrastructure, inflexible labour laws and the poorly trained workforce. In the World Bank’s Doing Business Index, Mozambique has for years hovered around 130th place among 180 countries reviewed. Mozambique is seen more as a sales market. Only commodities, commercial agriculture and tourism are “place-bound” and generate jobs in the country.

Employment policy is not up to task. Critics point out that some industries, for instance in the commodities sector, operate in comparatively capital-intensive ways. Managers want to limit companies’ dependence on workers, so they improve productivity by investing more capital. Mozambique’s labour laws are considered to be very employee-friendly, so companies shy away from formally hiring workers, especially long-term ones. All of these issues block the growth of formal employment.

There are no official statistics concerning this segment of the labour market. The practice has always been to employ domestic workers informally. Employers want to avoid the obligations, taxes and social security contributions required by law. Very many households employ housecleaners, nannies, security guards, gardeners, drivers or cooks. Not all of these households are wealthy. This labour-market segment provides livelihoods to masses of poor people, particularly in urban areas. The state tolerates this practice. Large-scale formal employment cannot be expected in this segment.

Companies must invest and formalise if they are to create more formal jobs and pay taxes. For that to happen, the state has to create the right conditions and incentives. It must offer companies security, ensure administrative efficiency, enforce the rule of law and build the necessary infrastructure. These things are of vital relevance, particularly for small and medium-sized businesses. In Mozambique, however, some parts of the country are still plagued by crime, corruption and constant resurgences of “little wars”. In such settings, many enterprises remain informal, and many do not invest at all. These problems will only be solved if Mozambique becomes a developing country governed according to the rule of law. The question is whether the governing elite is willing and able to introduce such changes.

Winfried Borowczak is an economist and independent consultant who specialises in private-sector development in Africa and Portuguese-speaking countries.
winborow@aol.com