Moving away from simple commodity exports

Trade can stimulate development. As of 2018, Mozambique has been able, in principle, to benefit from an Economic Partnership Agreement with the EU. The agreement offers the country opportunities, which it must grasp. 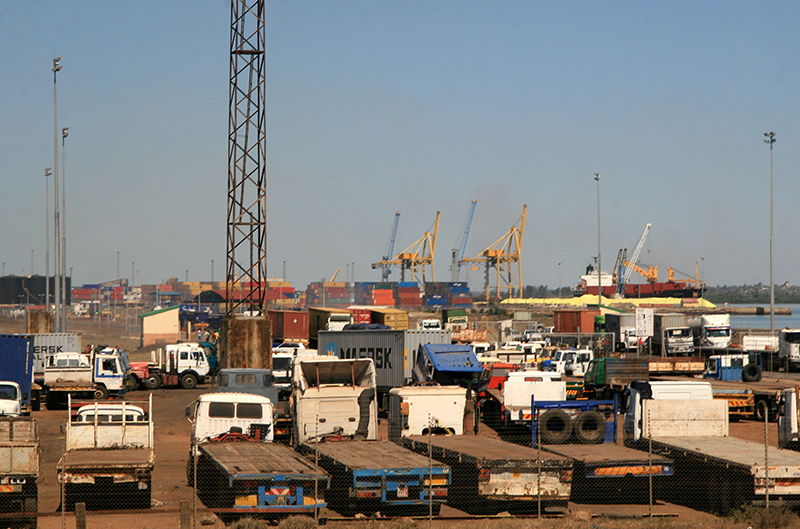 While there is still relatively little regional exchange within Africa, many African countries engage in robust trade with Asia, America and Europe. Since the colonial era, trade has mostly followed the same pattern: commodities and mostly unprocessed products are exported from Africa, while finished goods with high added value are imported. That is true of Mozambique today (see box).

The EU uses trade agreements to break this pattern. It has promoted “Economic Partnership Agreements” (EPAs) to establish free-trade zones that include itself and regional organisations in Africa, the Caribbean and Pacific (ACP). EPAs are not only meant to boost trade. They are also designed to stimulate industrial manufacturing, generate exportable products and thereby create jobs and income. EPAs comply with rules of the World Trade Organization (WTO), but experts disagree on whether EPAs lead to the desired results (see Monika Hellstern in D+C/E+Z e-Paper 2019, Focus section).

Mozambique continues to primarily export commodities like coal, aluminium and titanium, as well as fish, sugar and tobacco. The EPA it could take advantage of has been in force in some SADC (Southern African Development Community) countries since 2014. It applies to Mozambique since 2018. The new agreement does not depend on a state having developing-country status. That is an advantage over the “Everything but Arms” (EBA) rule. EBA means that developing countries are allowed to export everything except weapons and munitions to the EU free of tariffs. Another advantage is that the EPA facilitates cross-border trade within Africa. Integration into supply chains of South African companies and from there to the EU could speed up industrialisation in Mozambique. Furthermore, export procedures have been simplified.

The agreement could prove particularly advantageous if, due to the enormous gas reserves in the northern part of the country, Mozambique should someday lose its status as a developing country. Thanks to the EPA, the country would stay exempt from duties.

The EPA requires Mozambique to exempt from duties about 74 % of imports from the EU over the course of ten years. For fiscal policy reasons, it is allowed to maintain 26 % of tariffs. The reason is that Mozambique has traditionally generated state income primarily through such duties. Moreover, the still permissible duties could shield domestic industries from excessive competitive pressure. So far, however, there is very little industry in Mozambique, so this concern is relevant more from a theoretical than from a practical perspective. Once infant industries are established, additional safeguards can be activated.

Taken advantage of intelligently, the EPA could drive industrialisation and economic development in Mozambique. Unfortunately, the country still lacks an effective and comprehensive policy for exploiting EPA opportunities. Important steps would include building infrastructure, fighting corruption, cutting red tape, breaking up the oligarchic cartels of the political elite and promoting non-oligarchic business associations at local levels.

The business climate is currently still too poor to encourage more investment. It adds to the problems that Mozambique does not have a coherent export strategy that would systematically put businesses in a position to manufacture exportable products. The EPA could be the launch pad for a strategic industrial policy. That opportunity, of course, will stay worthless as long as the government does not grasp it.

Friedrich Kaufmann heads the Maputo office of the German Chamber Network. The office gets support from Germany’s Federal Ministry for Economic Cooperation and Development through GIZ ExperTS.
friedrich.kaufmann@gmx.net

Winfried Borowczak is an economist and independent consultant who specialises in private-sector and organisational development in Africa and Portuguese-speaking countries.
winborow@aol.com