Poverty is a driver of deforestation in sub-Saharan countries. Disadvantaged communities need land for small-scale farms as well as firewood and charcoal. Logging, cash-crop plantations, mining and large-scale infrastructure projects cause harm too. 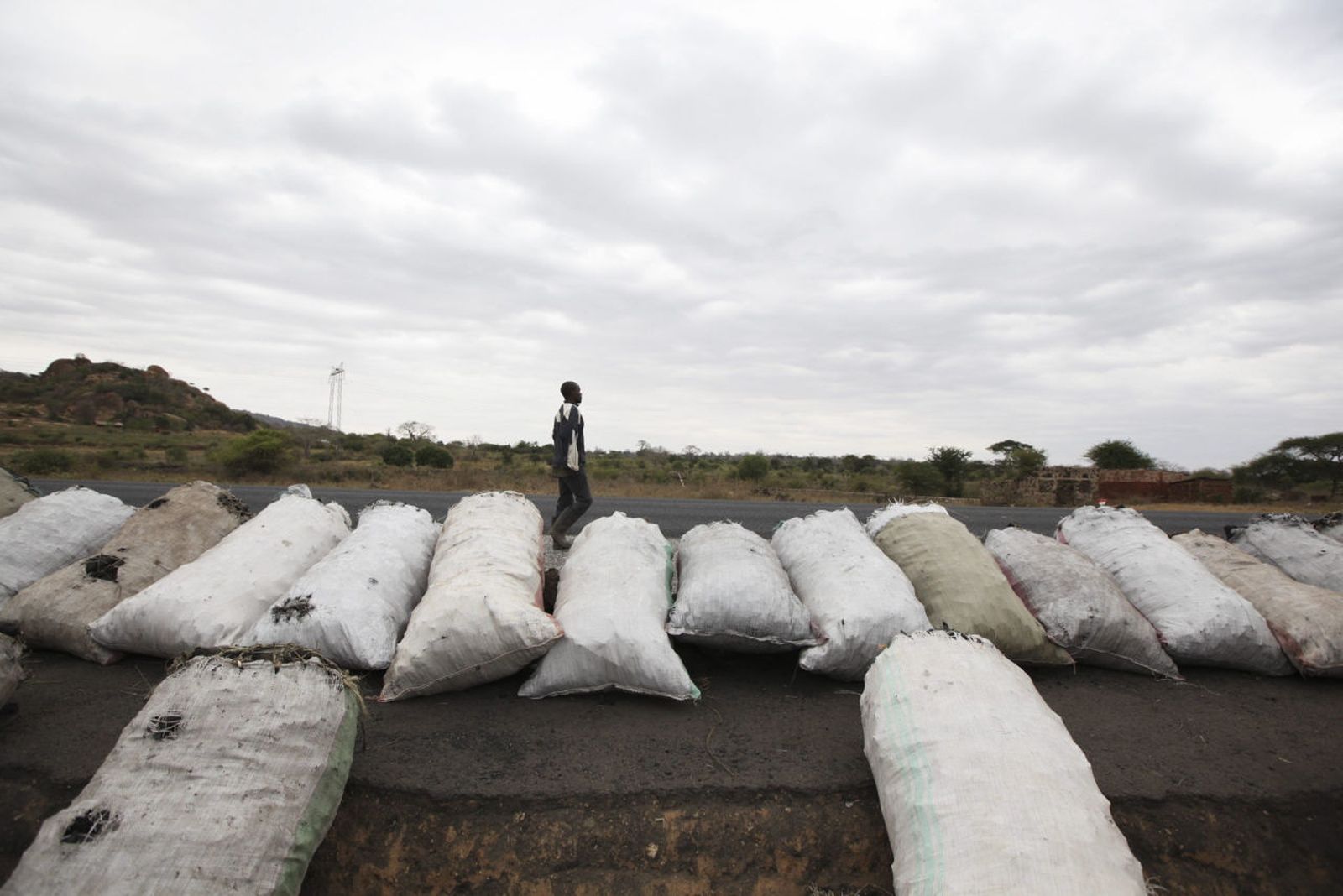 In Côte d’Ivoire, about 80 % of the original forest cover has disappeared. Much of it has given way to cocoa and coffee plantations. Many wonder if at least some of the country’s pristine forests can be saved. The EU REDD Facility, which supports action on reducing climate-relevant emissions from deforestation and forest degradation, reckons that the annual rate of deforestation in Côte d’Ivoire is about three percent.

Things look similarly bad in Nigeria. According to Muhtari Aminu-Kano, who heads the non-governmental Nigerian Conservation Foundation, 96 % of the original forests are gone. He says the main drivers of deforestation are the growing population’s demand for more farmland and firewood as well as the timber business. Aminu-Kano warns that biodiversity is being lost and that this trend will have harmful impacts on people.

Poor people’s survival strategies matter in other places as well. The WWF, an international non-governmental organisation, reports that two African regions are among the “deforestation fronts” which will account for 80 % of global forest losses in the next 10 years: the Congo basin and Mozambique, Tanzania and Kenya on the Indian Ocean. The main causes are said to be small-scale agriculture and the demand for firewood and charcoal. The WWF considers unsustainable logging, mining and infrastructure construction to be important secondary causes in both regions.

It is worth emphasising that, in the WWF assessment, poor people’s needs are especially important. They are prevalent in many other sub-Saharan countries (for the Ugandan example, see Gloria Laker Aciro Adiiki in Focus section of D+C/E+C e-Paper 2020/04). The implication is that alleviating poverty is necessary to stop deforestation. More productive livelihoods and smallholder farming are needed. Poor people’s access to electric power and more efficient energy resources matters as well. These are huge challenges with an immediate bearing on forests, though many relevant policy interventions do not tackle forest issues directly.

Nonetheless, it is certainly necessary to regulate the logging industry and implement forest protection schemes. In some cases, better law enforcement would do the job. For example, there is a long-standing pattern of rosewood being illegally harvested in Senegal and smuggled to the Gambia, from where it is exported to China. According to the BBC, the trafficking is worth up to $ 50 million annually.

Large-scale forest programmes can be hard to implement. An example is the Great Green Wall. The idea is to use afforestation as a means to stop desertification on the Sahara’s southern fringes. A forest belt of trees is to be planted along a stretch of almost 8,000 km length from Senegal in the West to Djibouti in the East. The African Union endorsed this project in 2007, but so far, not much progress has been made.

The Nigerian environmentalist Nnimmo Bassey appreciates the Great Green Wall in principle, but he has pointed out that involving the local people is essential for the long-term success (see Tribune section of D+C/E+Z e-Paper 2019/03). That is, of course, true of forest-related policies in general.

Liberia is a small West African country with the forest cover that is still comparatively dense. There are disputes over forest use, however. Large-scale plantations have been spreading, especially where the timber industry cleared land. Efforts are now being made to give local people more say in community management. As a study published by the independent World Resources Institute concluded, women matter in particular. Though they often have a deep understanding of related issues because they depend on forest resources, they tend to be excluded from decision-making processes. Having to take care of their families, they are not expected to become engaged in politics and typically lack the time for such engagement anyway. More gender justice would thus contribute to a healthier environment.