Exports as drivers of growth

For a long time, the export-led growth model was considered an essential pillar of economic development. Recent expert publications tend to confirm the paradigm, but they emphasise that the sort of exports matters.

last contributed to D+C/E+Z in autumn 2016 as a senior researcher at the German Development Institute / Deutsches Institut für Entwicklungspolitik (DIE).

contributed to D+C/E+Z in autumn 2016 as a researcher at the German Development Institute / Deutsches Institut für Entwicklungspolitik (DIE). 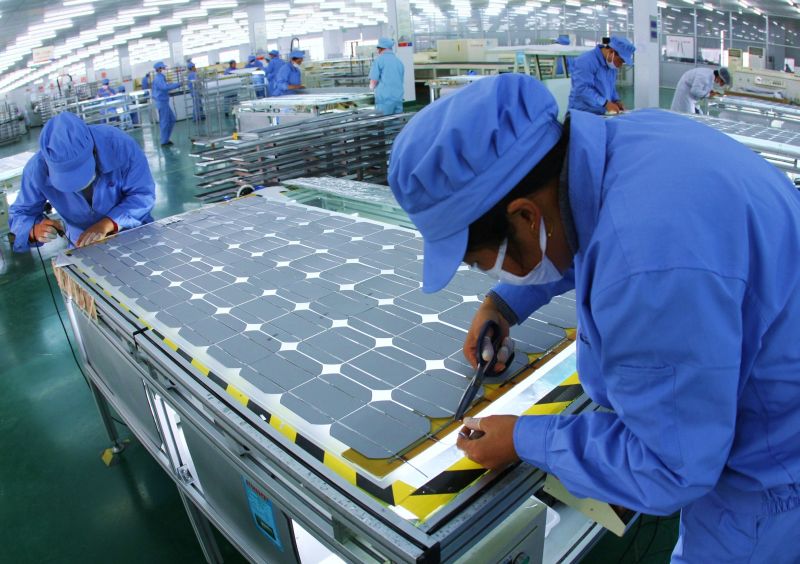 According to conventional neo-classical trade theory, open markets create economic advantages. In the early 19th century, David Ricardo (1772–1823) observed that, when two countries trade, both economies benefit from an international division of labour because of differences in their comparative advantage.

The paradigm of export-led growth became particularly relevant in the 1970s and gained widespread currency, notably because of the IMF and World Bank. Both institutions frequently demanded that recipient countries remove trade barriers and liberalise markets as a condition for getting loans.

The export-led growth paradigm also spread because the outward-looking East and Southeast Asian economies often proved more successful than inward-looking economies in Latin America or South Asia, for example. Inward-looking countries wanted to achieve growth based on import substitution: they took protectionist measures to protect local businesses in the hope that local products would gradually replace foreign products. The advantages were that the effects on production and employment were felt immediately and did not depend on other economies. But, in the end, the success of Asian tigers such as South Korea, Taiwan and Singapore illustrated the opportunities presented by the export-led growth model, which consequently attracted growing support.

This view has been expressed in a large body of expert literature and empirical studies. Early studies detected a strong positive correlation between exports and economic growth, but they have been increasingly criticised for methodological shortcomings. One obvious problem was that the causality can go in both directions: exports may generate growth, but it is also likely that countries with higher growth will export more. Moreover, exports and economic growth may be mutually reinforcing or simultaneously driven by a third factor that is not included in the analysis.

Giles and Williams (2000) provided a comprehensive overview of the status of empirical literature in a much-quoted essay. Their conclusion was that there was no clear consensus on the hypothesis that exports promote growth. Studies with different methodologies, geographical focus, time frames and variables yielded different and sometimes even contradictory results.

This unsatisfactory insight prompted researchers to take new perspectives. Recent studies stress that it is not enough just for a country to export; it also needs to export the right products. The article “What you export matters” by Hausmann et al. (2007) laid the foundations for a new strand of literature. Its findings have been confirmed by many subsequent studies. Countries that specialise more in exporting high-tech products grow faster than countries that export low-tech products. The implication is that developing countries should not only export goods or services for which they have a comparative cost advantage; they should also strive to become competitive in other, more demanding areas. That said, a certain level of technological expertise is a prerequisite for such progress.

Another branch of literature looks at the impact of imports in the export-led growth model. Imports are required as intermediates for many export products, and they can lead to a positive transfer of technology and knowledge. A number of studies show that growth can actually be import-driven (see e.g. Awokuse 2008). Moreover, imports have a bearing on the magnitude of the growth effects that are triggered by exports (Riezman et al. 1996). These findings shed a new and more critical light on the conventional mercantilistic goal of generating foreign-trade surpluses by promoting exports and minimising imports.

The removal of import restrictions is becoming increasingly important because it is more and more common for the production of a good and its various components to take place in different countries and regions. In the 21st century, global value chains are considered crucial for international trade. They figure prominently in recent literature. Recent publications by the UN Conference on Trade and Development (UNCTAD 2013) and the World Bank (Taglioni and Winkler 2016) provide good overviews of the phenomenon.

Global value chains offer big opportunities, especially to developing countries. They enable a national economy to use intermediate products from abroad and take over the part of the production process that suits it best without having to build an entire industry. Integration in international production networks is thus regarded a promising growth strategy. However, global value chains are highly competitive, and there is no guarantee that the benefits that accrue to developing countries will always be sustainable.

In global value chains, goods are imported, processed or assembled and then re-exported, so in many cases only a small share of the total export volume actually reflects value added in the country itself. Adding value, however, is what boosts a country’s gross domestic product. For a long time, the importance of export volumes for economic growth was hence systematically overestimated.

Many developing countries are chiefly active in low-wage segments, so their exports only include little value that was added at the domestic level. There is a risk of competition becoming tougher in the low-wage segment before a country advances to better paying, but more challenging roles in value chains. This is a dilemma for middle-income countries and often called the “middle-income trap”. Today, there is a broad consensus in expert writing that developing countries must not only participate in global value chains; they must also endeavour to upgrade their economies, engaging in higher value-added production activities or services.

According to UNCTAD (2013), countries which have increased both their engagement in global production networks and the domestic value-added content of their exports over the last 20 years registered an average of 3.4 % annual growth per capita. The ratio was a mere 2.2 % for countries that were involved in value chains but failed to upgrade.

Economic upgrading and profitable connections with multinational companies depend on things such as:

International development agencies could address some of these issues. Moreover, the debate on how industrial policy can relate to upgrading can offer relevant insights for policymakers (see Michael Grimm in D+C/E+Z e-Paper 2016/03, p. 33 ff.).

All summed up, international trade can still be considered a driver of growth. However, exporting in itself does not guarantee long-term economic development. The empirical evidence is growing that the nature of what is exported and its domestic value-added content are what matters. In this context, the debate is focusing on opportunities for developing countries and how to improve their position in value chains. The export-led growth paradigm thus basically remains valid – but it has changed over time and become more nuanced. In view of the adaptation of the Sustainable Development Goals (SDGs) by the UN, moreover, we we’d like to offer a glimpse into the future and predict that debate will increasingly focus not only on the economic dimensions of development but also take into account environmental and social impacts.

Dominique Bruhn is also a researcher with DIE.
dominique.bruhn@die-gdi.de

Giles, J. A., and Williams, C. L., 2000: Export-led growth: A survey of the empirical literature and some non-causality results. Part 1, Journal of International Trade and Economic Development.