Made by human beings

Conceptual artists made headlines in Europe last year. Labels that they sewed into garments of the Primark brand pointed out brutal labour conditions in the countries where those garments were made. Many consumers initially thought the labels were real messages from desperate workers in Bangladesh and China. 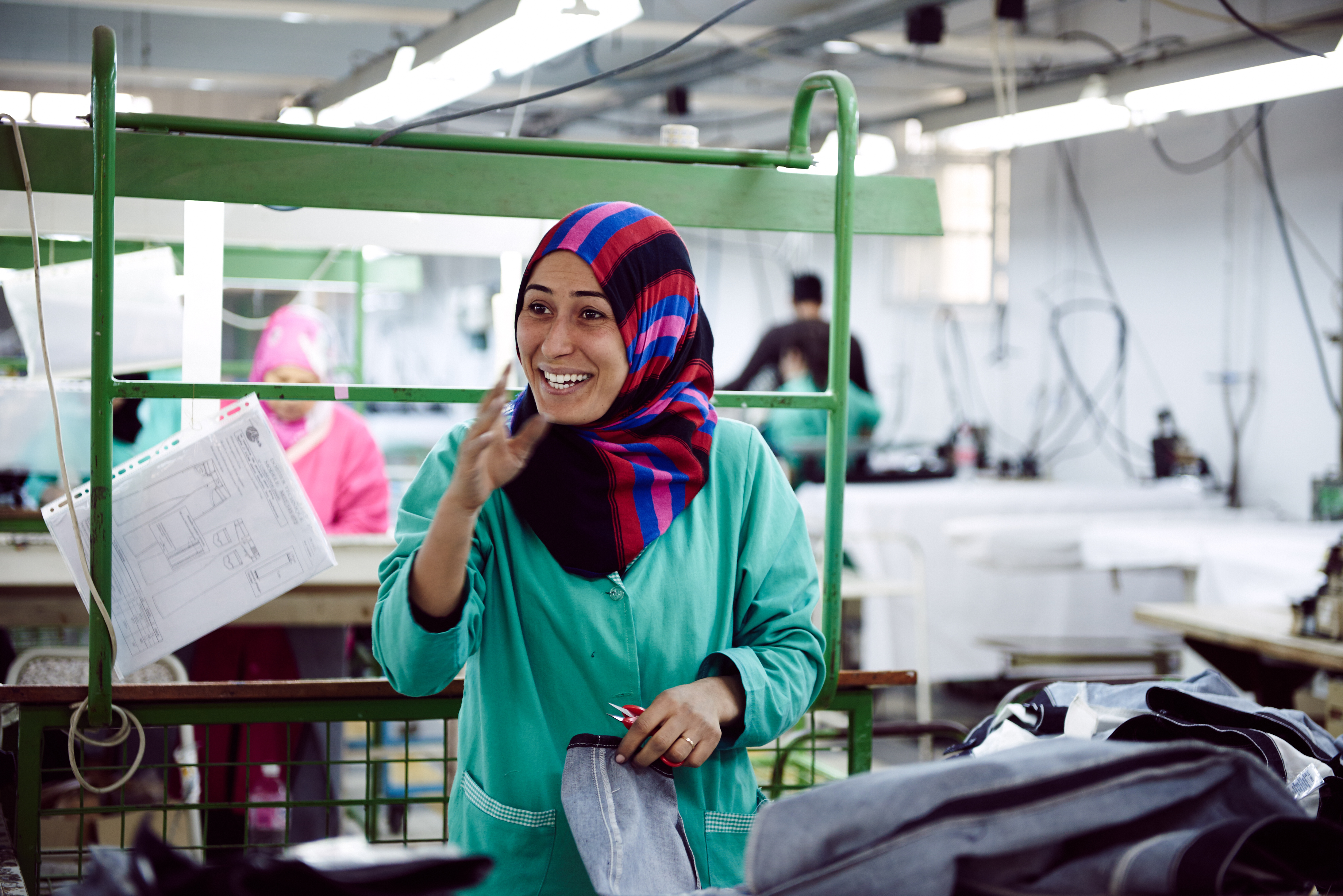 In recent years, fashion brands and retail companies have repeatedly faced public outrage because of unacceptable conditions in their supply chains. Indeed, workers’ daily experience all too often does not reflect international standards. Typical complaints concern low wages, unpaid overtime, the lack of protective gear and even toilets. Again and again, accidents and fires have claimed many lives.

To many globalisation critics, garment production is a model case of the unfairness of world trade. The value chain is long and complicated, and a lot of work is being done by unskilled people. Since transport costs have gone down and trade barriers were dismantled, textile and garment are free to go where labour is especially cheap. In Europe, industrialisation started with textiles production, but the centres of the industry are in Asia, Central America and North Africa today. The industry provides young women in particular with work and – quite modest – incomes of their own.

Media coverage has been raising awareness in rich countries, and so have activists, for instance in the context of the international Clean Clothes Campaign. Most consumers are not staying away from shops because of such efforts, but they do know about the issues, as the willingness to believe in the Primark fakes proved. Many consumers do not want to benefit exploiters with their shopping choices, but they feel impotent in view of entrenched market powers.

In the meantime, the industry is slowly beginning to respond to criticism. Though it is quite difficult to monitor the supply chains, labels for fairtrade and organic fibres have been established. Bangladesh’s trade unions are growing, putting pressure on the government to finally enforce labour legislation. Some big private-sector companies are keen on  shoring up their reputation. At the same time, many small fashion brands are paving the way for better business practices: They are making production more environmentally sustainable and ensuring that suppliers’ staff work in decent conditions.

The much-criticised garment industry is thus proof for us not being helplessly exposed to market forces. Globalisation can and must be regulated. Corporate managers must assume responsibility, governments must enforce the law, consumers must take conscious decisions and the media must inform the public. A lot obviously remains to be done, but change is possible in one of the world’s most important industries – and that means it is possible in other sectors as well.

Economic systems are made by human beings. We have an obligation to design them sensibly. Global trade must not be geared to compounding problems of inequality, it must serve the goal of eradicating poverty. There is no excuse for staying idle.