The conflict between Frelimo and Renamo

The “mini-war” between the security forces of the Frelimo government and the fighters of the Renamo opposition started in 2013 with attacks on police stations, military vehicles and civil trucks by Renamo guerrilla forces. 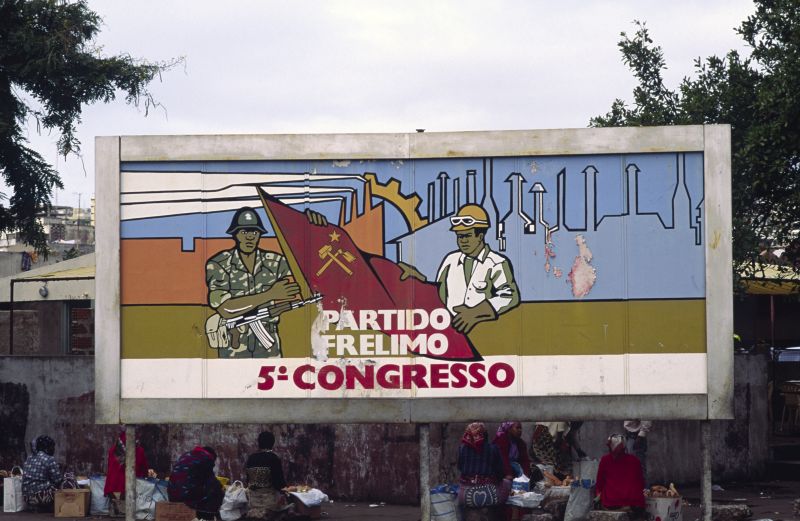 Neil Cooper/Lineair Poster for the “eternal” governing party of Frelimo in Mozambique.

Renamo argued that the implementation of the peace accord of 1992, which ended the 1977-92 civil war, was incomplete. It criticised specifically the intermingling of state and Frelimo party, an unsufficient integration of Renamo fighters into the army and the police and the slow decentralisation process. The new conflict was accompanied in the second half of 2016 by a rather unsuccessful attempt at international mediation. In November 2016, the mediators presented a proposal to settle the conflict. They proposed that the government give in to Renamo’s demand that it can govern the six central Mozambican provinces where it had won a majority in the 2014 parliamentary elections.

This suggestion is complex and has far-reaching implications. The mediators are proposing a constitutional amendment that would turn the provinces into something like federal states. To date, Frelimo has neither accepted nor rejected this idea. Instead, the international mediators were escorted home at the end of 2016, and a national negotiation commission consisting of representatives from both Frelimo and Renamo was established to address the issue of decentralisation and integration of Renamo fighters. President Filipe Nyusi and Renamo leader Afonso Dhlakama agreed to a ceasefire on Christmas 2016, by satellite phone. Later in 2017 they met in the bush of the Gorongosa Mountains and signalised the will to come to an agreement. The ceasefire may be fragile, but it has been upheld thus far. The next local elections will be held in 2018. (fk/wb)