Despite its natural image, the conventional cultivation of cotton has serious impacts on people and the environment. Increasing resource use has made it necessary to find alternatives to the most important natural textile fibre.

contributed to D+C/E+Z in winter 2014/2015 as corporate-responsibility manager at Hessnatur, a German manufacturer of natural textiles. and as freelance CSR consultant. 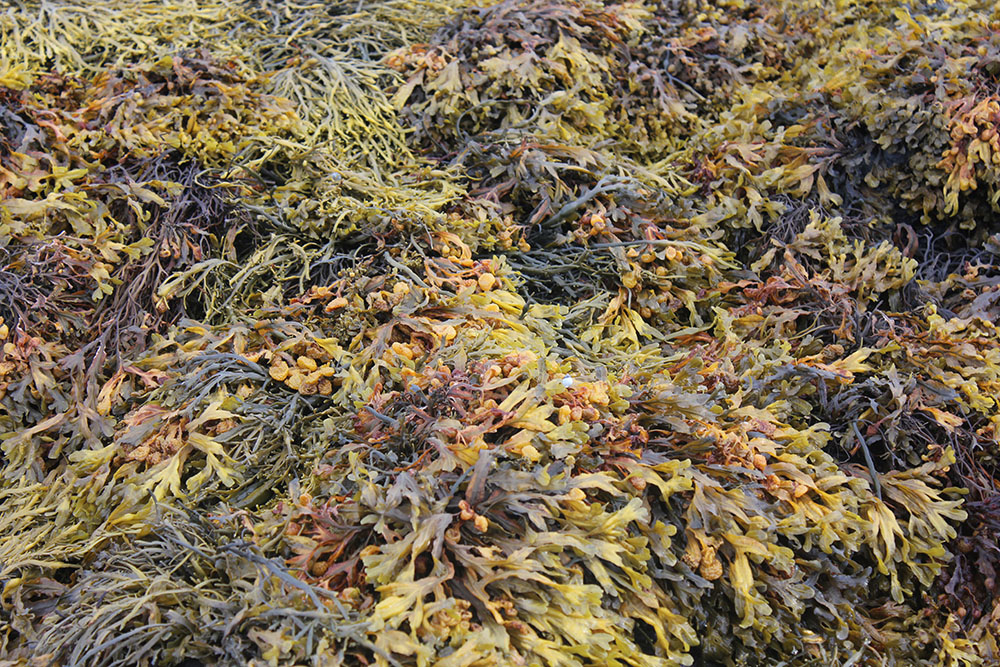 Chahboune Brown algae, which are harvested in the fjords of Iceland, serve as a raw ­material for alternative fibres that may someday ­replace cotton.

“The consumption of textiles is increasing steadily at a faster rate than the global population,” states Christina Böller in her book “Design in balance – Ansätze zur Nachhaltigkeit im Modedesign”. In order to meet growing demand, cotton is now being grown on 33 million hectares in more than 80 countries. The total area amounts to 2.5 % of the world’s arable land.

Producing mass quantities of a commodity is in itself problematic. In the case of cotton, cultivation has serious environmental impacts, ranging from the loss of soil fertility and biodiversity to soil salinisation. Natural water reserves tend to be thrown out of balance as well: cotton is considered a very “thirsty” crop as its cultivation frequently goes along with the use of extreme water quantities. Moreover, farmers use genetically modified seeds as well as pesticides and fertilisers that harm the environment. Countries like the USA, Brazil and Australia grow the natural fibre in monocultures. Organically grown cotton has become increasingly popular in recent years. Nevertheless, it still makes up only a tiny percentage of global production. Organic cultivation must do without the synthetic pesticides that are common on conventional farms.

In November 2014, the non-profit organisation Textile Exchange published the first life cycle assessment of organic cotton, entitled “Life cycle assessment (LCA) of organic cotton – a global average”. According to the study, organic cotton has significant advantages in comparison with conventional cotton. It cases 46 % less greenhouse-gas emissions, 70 % less soil salinisation and 26 % less soil erosion. It uses 91 % less land and groundwater and 62 % less energy. However, the problem of immense water consumption persists, and competition for arable land is becoming ever tougher.

The rising demand for cotton is also creating a growing market for alternatives such as cellulose fibres. Also known as regenerated fibres, they belong to the group of natural fibres which are made from renewable resources (mostly from cellulose obtained from wood). However, producing them involves energy-intensive chemical processes and the use of various resources.

Viscose is the best-known fibre in this category. Its production is extremely harmful to the envi­ronment, often encouraging the illegal deforestation of endangered woodlands. Cellulose fibres have a world market share of 6.8 %, which is not insubstantial.

In recent years, some manufacturers have begun to produce ecologically-optimised regenerated fibres in more sustainable ways. They rely exclusively on raw materials from certified sustainable forestry. Marketed varieties include Monocel, lyocell (known under the brand name Tencel), Modal Edelweiss, Cupro, acetate and triacetate. According to Lenzing, the private-sector company that is the world leader in industrially produced cellulose fibres, the fibre yields per hectare of forests are up to four times higher than those of cotton, measured by kilogrammes per year. Furthermore, trees can be cultivated without artificial irrigation and pesticides.

An innovative alternative fibre called “SeaCell” is made from algae. The manufacturing process is the same as for lyocell. SeaCell starts out as brown algae that are harvested from the fjords of Iceland. The algae are dried and crushed into a powder, which is combined with the base fibre lyocell for spinning. The makers of SeaCell claim that it has health benefits since fibres are protected from environmental toxins due to  high concentrations of minerals, trace elements and antioxidants.

The clothing industry has a lot of hope riding on improved regenerated fibres. Thanks to their wear­ability, these fibres are also becoming increasingly popular with consumers.


Clothing made from milk or coffee grounds

There is another trend in textile research: new fibres made from by-products and waste of the food industry. Qmilch is a very successful example. The company makes fibres from milk that is unfit for human consumption because it does not meet hygiene and quality requirements. Around 2 million tons of milk are discarded every year in Germany alone. After almost two years of research in cooperation with the Bremen Fibre Institute, Qmilch has become the first company to produce milk-based fibres without added chemicals and with minimal water consumption. The process is not only environmentally friendly, it is efficient and makes sense in business terms.

S.Cafe fibres are the result of a similar idea. The Taiwanese textile firm Singtex Industrial produces them. It collects used coffee grounds, which are reduced to microscopic particles and then combined with a polyester fibre made from recycled plastic bottles. Other innovative fibres are being made from the waste products of the soy, tobacco and citrus industries, though not all are ready for the market yet.

Fibre recycling is probably the most important and most promising innovation in the textile industry. In 2013, some 54.4 million tons of synthetic fibres were produced around the world. Five to eight percent of the world’s extracted crude oil is used by the textile industry: the largest share serves to make polyester fibres (44.7 million tons), followed by poly­amide fibres and acrylic fibres (4.2 and 3 million tons respectively). This kind of fibre industry is energy intensive and requires a lot of chemicals. It is particularly problematic that synthetic textiles are not biodegradable, so they do not decompose in the natural environment.

The downside of recycling

Civil-society groups and clothing companies want to collect rubbish consisting of synthetic materials in order to recycle it into new products. Successful examples include Econyl fibres, which are manufactured from old fishing nets, and Bionic fibres, which incorporate recycled PET from plastic rubbish found on Indonesia’s beaches. In most cases, recycled polyester (rPET) is obtained from PET bottles. The bottles are washed, shredded, melted and spun into new fibres. They are used to make fabrics like fleece and functional fabrics. Although the life cycle assessment of recycled PET fibres is much better than that of traditional fibres, the quality of the material is reduced in every recycling process. People thus also speak of “downcycling”. Ultimately, the fibres end up in landfills.

Unfortunately, the same is true of recycled natural fibres. More and more clothing companies are accepting donations of used clothing in their shops in order to bring valuable raw materials back into the system. However, there are no suitable or sufficiently practical production methods in place so far to produce recycled fibres that might replace cotton for mass markets.

Marina Chahboune is a corporate-responsibility manager at Hessnatur, a German manufacturer of natural textiles. She is also a freelance CSR consultant and blogs at:
beyondfashion.de
marina@beyondfashion.de