The UN climate summit in Madrid has not delivered results. The world community was once again held up by science-denying governments. Among rich nations, only European ones are still spelling out meaningful ambitions. The developing world cannot rely on the multilateral system to solve the problems, argues our author from Bangldesh, but the fight for sustainability must go on.

last contributed to D+C/E+Z in autumn of 2022 as the director of the International Centre for Climate Change and Development (ICCCAD) at Independent University, Bangladesh (IUB) in Dhaka. 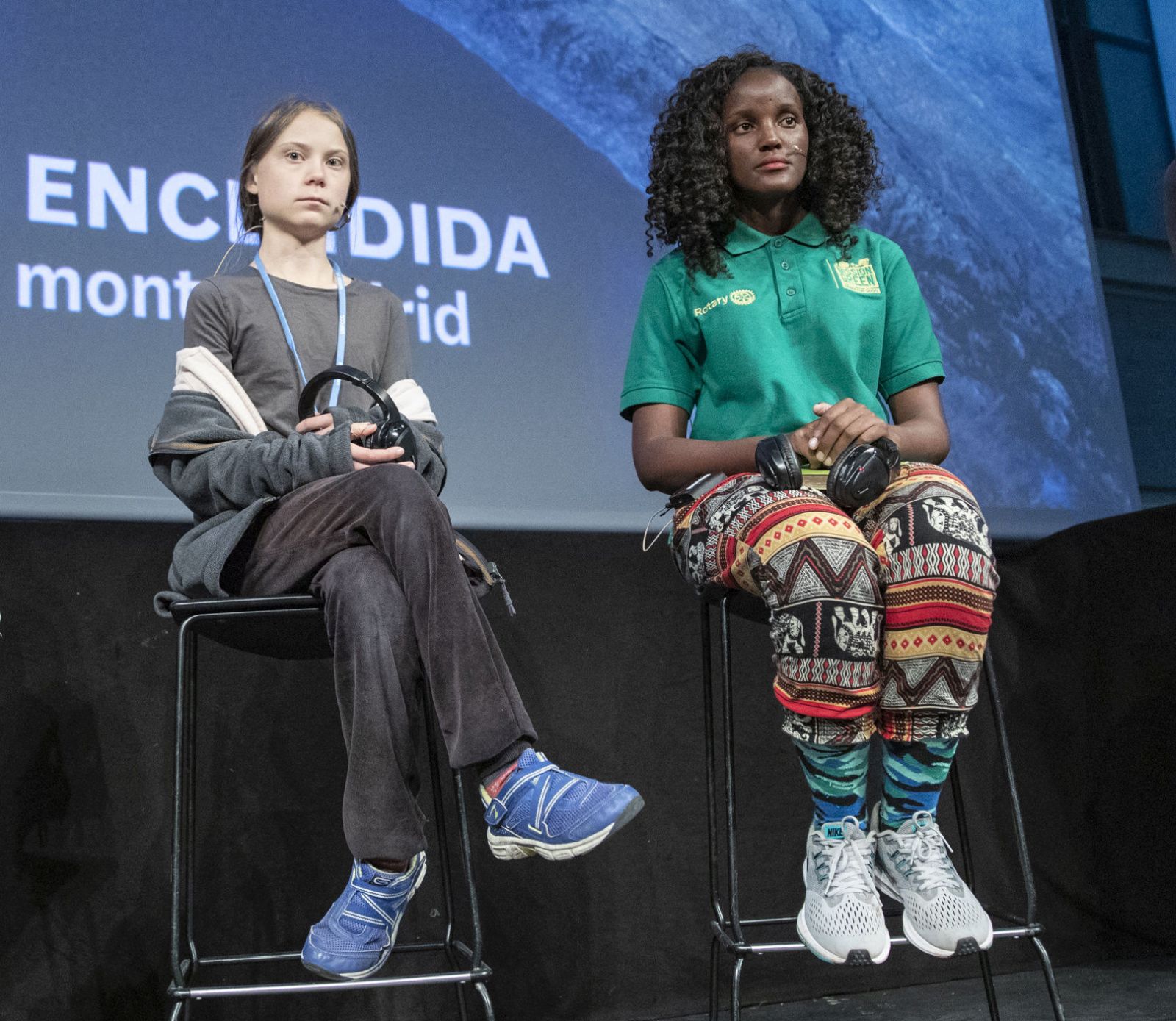 Jar David/picture alliance/ABACA Greta Thunberg and Vanessa Nakate during a side-event at the climate summit in Madrid.

The delegations from the USA, Australia and Brazil – three countries ravaged by terrible forest fires this year – were particularly destructive in Madrid, allowing others, including Canada and Japan, to hide behind them. Humanity is headed towards disaster, but we cannot rely on multilateral action to stop or reverse the trend. The UNFCCC (UN Framework Convention on Climate Change) has evidently failed. That said, it was better not to take decisions in Madrid than to conclude bad deals that those who deny science might accept.

The empirical facts are unequivocal. Humanity is heading for disaster. The crisis is escalating faster than predicted. If emission trends are not reversed dramatically in the next ten years, the climate crisis will spin out of control, as the Intergovernmental Panel on Climate Change has warned (see Mojib Latif in Debate section of D+C/E+Z e-Paper 2018/11).

People are paying attention. In 2019, school kids went on climate strikes all over the world. A new movement called Extinction Rebellion has launched civil-disobedience campaigns internationally. While media attention tends to be on rich countries, people in the poorer parts of the world are very concerned too. "In my country, most people depend on their farms and crops for survival," says Ugandan youth activist Vanessa Nakate. "But with all these droughts and floods, people are left with no hope for the future."

Some policymakers respond to public pressure. In the gloom of the Madrid conference, the EU’s promise of a Green Deal (see box) offered a rare ray of hope. It is ambitious and makes sense. Apparently, EU leaders were impressed by the masses of teenagers who were mobilised by Greta Thunberg, their Swedish peer. The new EU promises set an example for what other advanced economies must do.

It would have been even better if the EU had announced the new policy a few months earlier in order to give the climate summit momentum. As it happened, the EU’s heads of state and government only confirmed the new policy shortly before the end of the climate conference. Since the new European Commission only assumed office at the beginning of December, it cannot be blamed for the timing. It is clear however, that implementation of the new policy must now happen fast.

If the EU fulfils its promises, it will be doing the world a big service. People in developing countries need ambitious partners in the rich world. In the past, however, EU rhetoric on climate matters was often better than EU action. That is particularly true in Germany, where the Federal Government is behind its own carbon-reduction schedule and so far has only taken half-hearted measures to accelerate action.

The challenges are huge, not least because the UNFCCC process is in total disarray. The EU must go ahead without guarantees that other prosperous world regions will follow. The situation may be a bit better at the next summit next year which will take place shortly after the US elections. If – a big if – Donald Trump is not re-elected, the dynamics will be different. He would still be in office, but quite obviously a lame duck. The next president would probably be a Democrat who would reverse the decision to quit the Paris Agreement and endorse Green New Deal proposals in the USA. They point in a similar direction as the policy that the EU has just adopted.

It is noteworthy that, in spite of Brexit, Britain’s conservative government aligned with the EU rather than the USA in Madrid. It will host next year’s UNFCCC summit in Glasgow. Britain’s stance is ambiguous: on the one hand, it has promised it will not change its rather progressive climate policy, but on the other, some of its leaders promote the kind of deregulation agenda that typically reduces the scope for environmental protection. The recent elections have boosted the power of Prime Minister Boris Johnson. His majority is now so strong that he can basically do what he wants.

EU leaders have ample reason not to trust Johnson, so negotiations about future EU-UK relations will be difficult. Nonetheless, they would do well to offer a generous climate package. Cooperating on the transition to sustainability is clearly preferable to starting a regulatory race to the bottom.

Market dynamics may actually support such an approach. Yes, it is true that neoliberal market-orthodoxy has often thwarted progressive action in the past. On the other hand, private-sector investors are increasingly becoming climate aware. They have been shying away from coal for some time and are now beginning to back off from oil and gas as well. They know that companies will eventually be held accountable for the damage they do. Most recently, Goldman Sachs has announced it will not finance Arctic drilling.

Central bankers, to some extent, are driving this trend. For good reason, they have begun to consider the macroeconomic risks that result from the climate crisis. In rather depressing times, it may be a good omen that the Bank of England has been a pioneer in this debate and that Christine Lagarde, the new president of the European Central Bank, is now promoting the cause. The European Investment Bank, an EU institution, similarly deserves praise for its recent decision to phase out investments in these fossil energies by the end of 2021. Private-sector investors pay attention to that kind of signalling.

We cannot expect the UNFCCC to solve our climate problems. Trying to prevent the climate catastrophe feels like swimming against the tide. There is no alternative but to keep on fighting. Even if mass protests do not convince every reckless government, they are not futile. Making private-sector investors pay attention to science is important too.

Saleemul Huq is the director of the International Centre for Climate Change and Development (ICCCAD) at Independent University, Bangladesh (IUB) in Dhaka. He is also a senior fellow at the London-based International Institute for Environment and Development.
saleemul.huq@icccad.net
http://www.icccad.net/