Once again, many developing countries and emerging markets are struggling with worsening debt problems. Global warming is increasingly contributing to these problems, according to erlassjahr.de, the German non-governmental advocacy group. In a recent publication, it proposes debt relief for countries hit by environmental crisis. 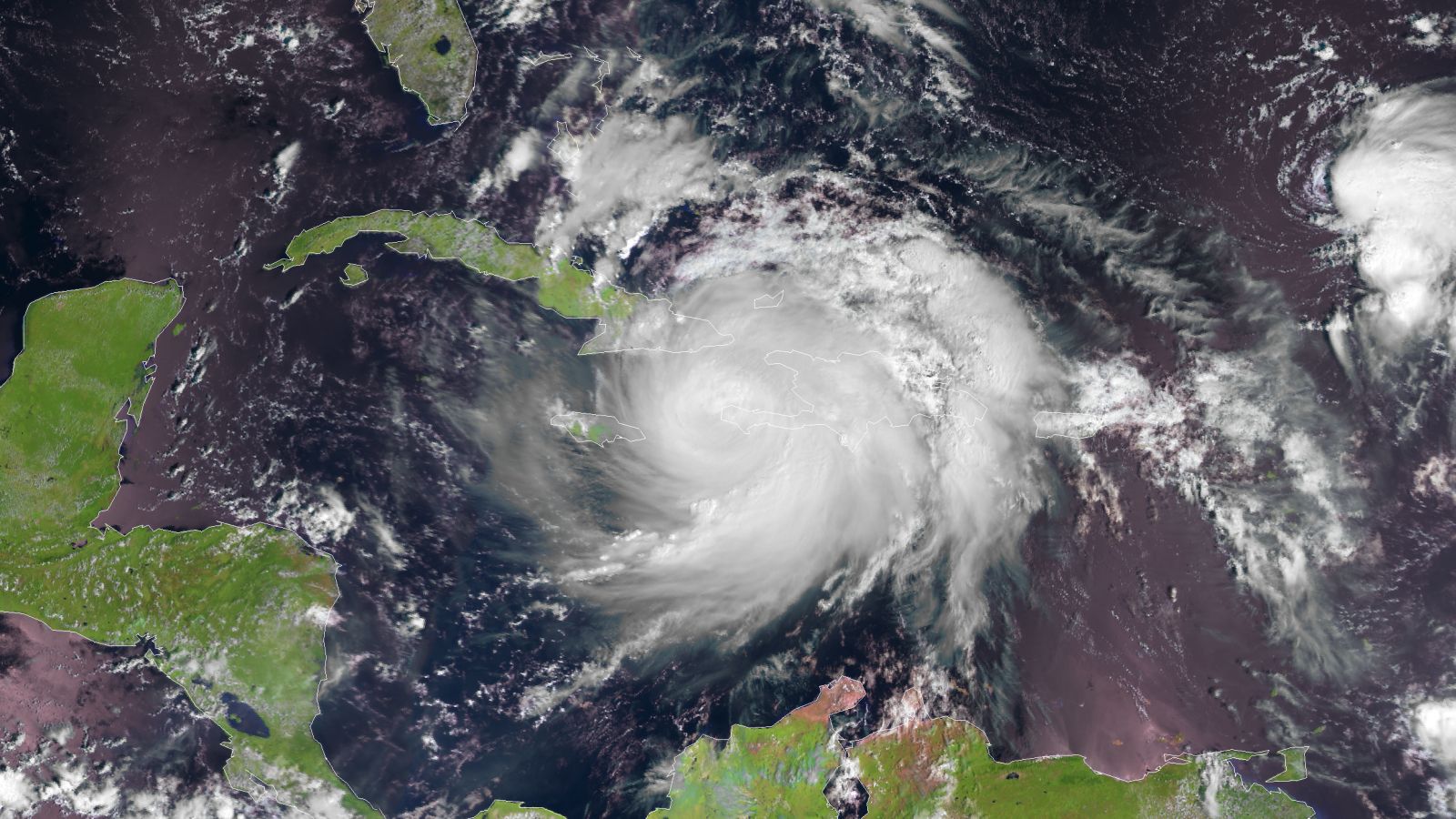 Eumetsat/picture-alliance/dpa Hurrican Matthew over Haiti, Cuba and Jamaica in October 2016.

The authors assessed the debt situation of 154 developing countries and emerging markets, and found that 124 were critically indebted. Things are particularly bad in Bhutan, Mongolia, Sri Lanka, Djibouti, Cape Verde, Mozambique, Sudan, Argentina, El Salvador, Jamaica, Lebanon and Kyrgyzstan. erlassjahr.de is a faith-based organisation, and its recent Schuldenreport 2020 (debt report 2020), was published in cooperation with Misereor, a Catholic charity.

The report spells out clearly that the climate crisis is adding to the problems. It thus reinforces the warnings expressed by the International Bank for Settlements about the growing danger of environmental hazards triggering  financial crises risks. According to erlassjahr.de, this is particularly true of small island states and the Sahel region.

On the one hand, countries suffer shocks through extreme weather events, and they need humanitarian assistance when such disasters strike. Their domestic capacities are typically overwhelmed by massive storms, floods or droughts. On the other hand, incremental climatic change may erode an economy’s productivity, especially if agriculture is its most important sector. Both the sudden catastrophe and the slow onset erosion of productivity, can undermine a country’s capacity to service its international debt.

The authors argue that the current debt scenario differs from the one in the late 90s that ultimately led to multilateral debt relief after the turn of the millennium. This time, loans from the People’s Republic of China and its financial institutions constitute a large share of the debt. Moreover, private-sector lenders play a greater role. The implication is that more parties are involved, and it will be more difficult to broker solutions. On the upside, the governments of established donor countries are now more prepared to deal with over-indebtedness in a more flexible manner than they were in the past.

There is, however, no coherent and systematic approach to managing over-indebtedness. According to erlassjahr.de this results in harmful uncertainty. The organisation has been pointing out for years that a predictable multilateral mechanism is needed. For good reason, it does not want any donor-dominated institution to play the leading role. Though the International Monetary Fund (IMF) has the necessary technical competence, it cannot serve as a fair arbiter because it is itself a lending institution.

This year’s debt report includes proposals on how to link debt relief to climate action. For example, debt servicing could be suspended after a hurricane, with the national government being permitted to use that money for disaster relief. The authors quote Pope Francis, endorsing his view that donor nations have incurred an environmental debt in poor world regions. In their eyes, this should be considered when disadvantaged countries’ debt issues or their infrastructure needs are being discussed.

erlassjahr.de admits that designing policies that take these things into account will prove technically difficult. Every country is special in its own particular way, so it is hard to define rules that fit all parties and every situation. The report spells out convincingly, however, that the problems are growing and that conclusive rules on over-indebtedness would help to tackle not only financial crises, but the over-arching environmental crisis as well. It appeals to Germany’s Federal Government to: